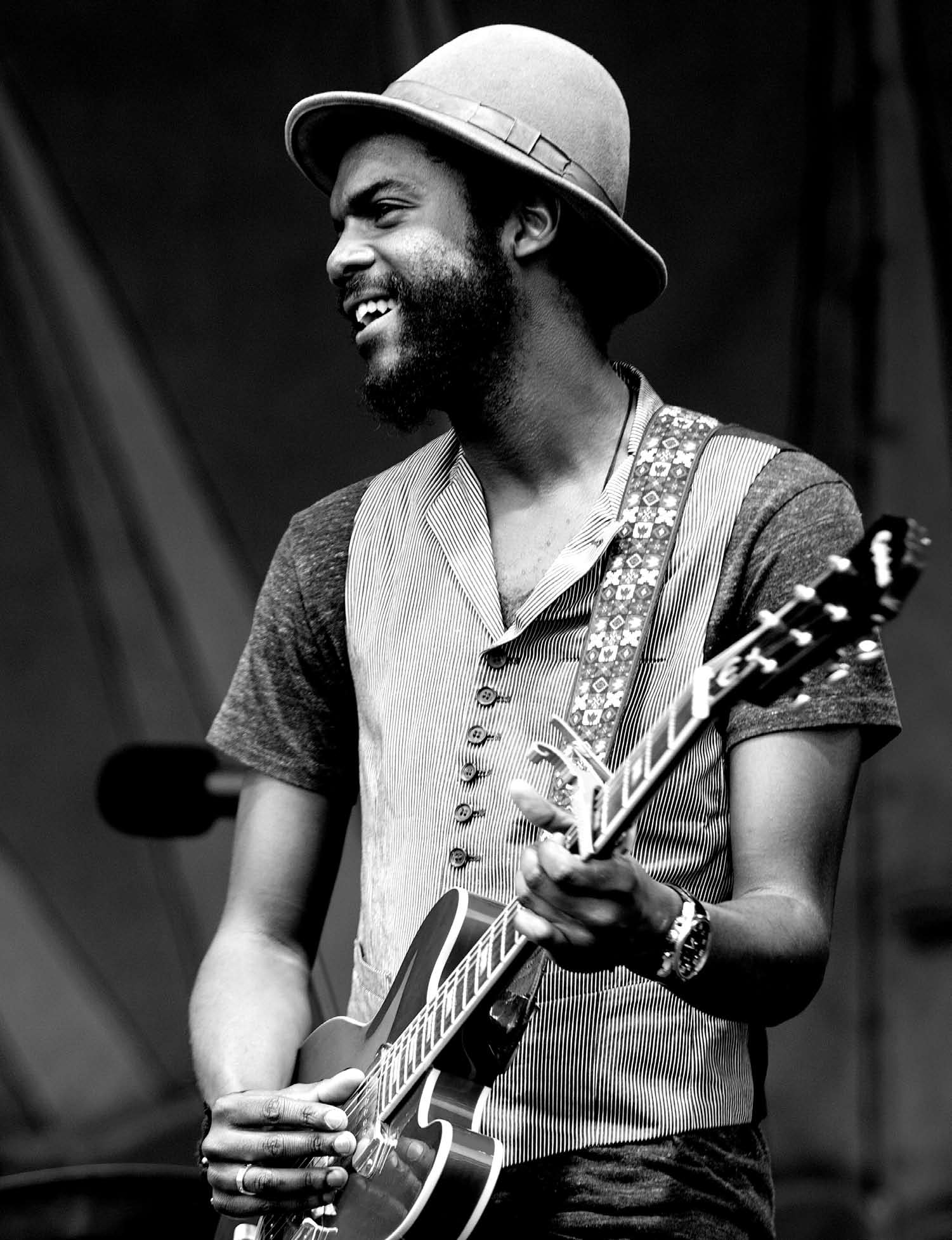 The chair people have taken over the field. Today they were nice and let me walk on their tarps. By Sunday tribal warfare will be rampant. Alliances will be broken. Maidens will be sacrificed. I fear for my life. Headliner John Mayer didn’t try to woo the crowd with his “Your Body is a Wonderland” shtick. He knew the way to our hearts was to play Muddy Waters and the Grateful Dead. It worked and showed us the funky side of Mayer. His guitar solo during a cover of Blind Faith’s “Can’t Find My Way Home” was the peak of the show, when he laid a bittersweet, funky melody on top of the pretty piano groove. I don’t know what Toots and the Maytals did to local boy Anders Osborne during their tour together but he’s lost his glorious beard and his hair is bleached. Osborne played with the North Mississippi Allstars’ lead guitarist Luther Dickinson. Dickinson, Osborne and bassist Carl Dufrene gelled, easily transitioning from dueling guitars to stand-alone solos. Stand-outs were “Greasy Money” and “Had My Reasons,” songs from Osborne’s 2009 album, Living Room. After Osborne, Gary Clark, Jr. took over the Gentilly Stage. Before Clark arrived, there were whispers of Jimi Hendrix, his funky ghost stalking the talented rock guitarist. The comparison didn’t do Clark any favors. Technically, Clark was excellent. He turned his guitar into a mini- turntable and made the strings sound like he was scratching. The last few songs of his set (“When My Train Pulls In,” “Bright Lights”) were the highlights and garnered the most reaction from the crowd. But Clark didn’t emotionally connect—he was busy concentrating on playing. He smiled only once, offering it sweetly and giving hope that, with more time, he’ll loosen up. —Kate Russell

Parking far enough away to avoid any semblance of shady parking (but still in the shade), I got out the bike and humped it the rest of the way to Jazz Fest Land. Over the Bayou St. John bridge and descending onto Esplanade, the outer rungs of the JF universe popped up all over: bike taxis, porch bands and cooler entrepreneurs galore. I grabbed a $2 Bud Light and downed it pretty quick: best to get the buzz on before I’m paying 5 to $7 for the privilege. It was so busy at Jazz Fest—and the crowd was so overwhelmingly high strung (seriously, where’s the fire?)—that I felt like I was being tailgated on foot. I stopped in to see Deacon John at the Blues tent as my homage to Noizefest and sipped a “Nawlins” rum daiquiri in hopes of turning my sour mood around, because the longer I was there, the more I felt like Jazz Fest was a party best appreciated by the rich and connected. Allen Toussaint sang “Whatever Happened to Rock and Roll,” lamenting its current penchant for white wine and SUVs: quite ironic, considering he was playing to the world’s largest living room, a sea of people who’d brought enough gear to stay comfy well into the apocalypse. I wanted to stay but there was hardly a patch of grass to stand on, even a hundred yards away. It was pretty hot for any of the heavy fare, so I opted for the sweet potato pone instead, a sweet brick of crumbly goodness, even if it was eye-fucked by everyone behind me in line. Get your own damn pone! Last stop of the evening was at the Lagniappe stage, in the cool oasis of the grandstand, where I was lucky enough to run into a few buds and take respite in one of the horse stalls. The Kid Carsons were offering an hour’s worth of atmospheric country for those who couldn’t stomach Billy Joel. Their set was everything I remember liking about them: sweet harmonies (from brother and sister Carson), waves of gooey lap steel and a few choice moments of heavy rock poking through the haze. A small but dedicated contingent of Lake Charles familiars egged them on and at last, Jazz Fest felt like a party. While mega acts and questionable sponsors might float this festival, it’s bands like the Kid Carsons–home-grown and well-rehearsed–that save it. —Dan Fox

I woke to the sweet sound of… rain. I am a wet Jazz Fest virgin and those of you who know the Fest know I’m not talking dirty. I blame my thrill-seeking subconscious that I somehow packed a bag with several bottles of water, sunscreen and hand sanitizer but forgot a poncho or umbrella, even though both were beside my front door. The rain had stopped by the time I arrived in the early afternoon. Entering the Fairgrounds, I was surprised that it was actually really crowded, despite the roads of mud. After bee-lining for some crawfish bread, I headed over to see Calexico. Lead singer Joey Burns was visibly excited to be back in New Orleans, where the band recorded their last album. A big grin never left his face and he urged the audience numerous times to join the band in synchronized clapping. Though Calexico is still grounded in indie desert rock, New Orleans’ influence was clear. Several local brass musicians joined the band on stage and were an excellent complement to the trumpets of  Martin Wenk and Jacob Valenzuela, two long-time band members. So far, the sky had remained dry but the mud, of course, always prevails. I sloshed my way over to Honey Island Swamp Band. I felt like I was actually in a marsh, which was the perfect ambience for the band’s signature swamp funk. I ran into a friend who told me she was headed over to see Dave Matthews Band, not specifically to hear Dave but to watch Dave’s audience. This sounded like a fun plan and so I waded through the mud over to the Acura stage. Though probably not as packed as it would have been without the rain, it was still very crowded and we had to squeeze our way through many people, passing the requisite hula-hooper along the way. And finally, the sky cracked again. The mood of the Davers didn’t seem to be dampened, however, as everyone continued to dance and cheer (even without, apparently, the ability to pass any joints). Nearby, a mud slip-n-slide had formed. I ended the day with B.B. King. Happily, it appeared most people in the crowded Blues Tent were there for B.B. and not just to get out of the rain as they were the most enthusiastic audience of the day, singing along to “You Are My Sunshine” and “When the Saints Go Marching In.” With the loudest crash of thunder, I swam home to my shower. —Sara Pic