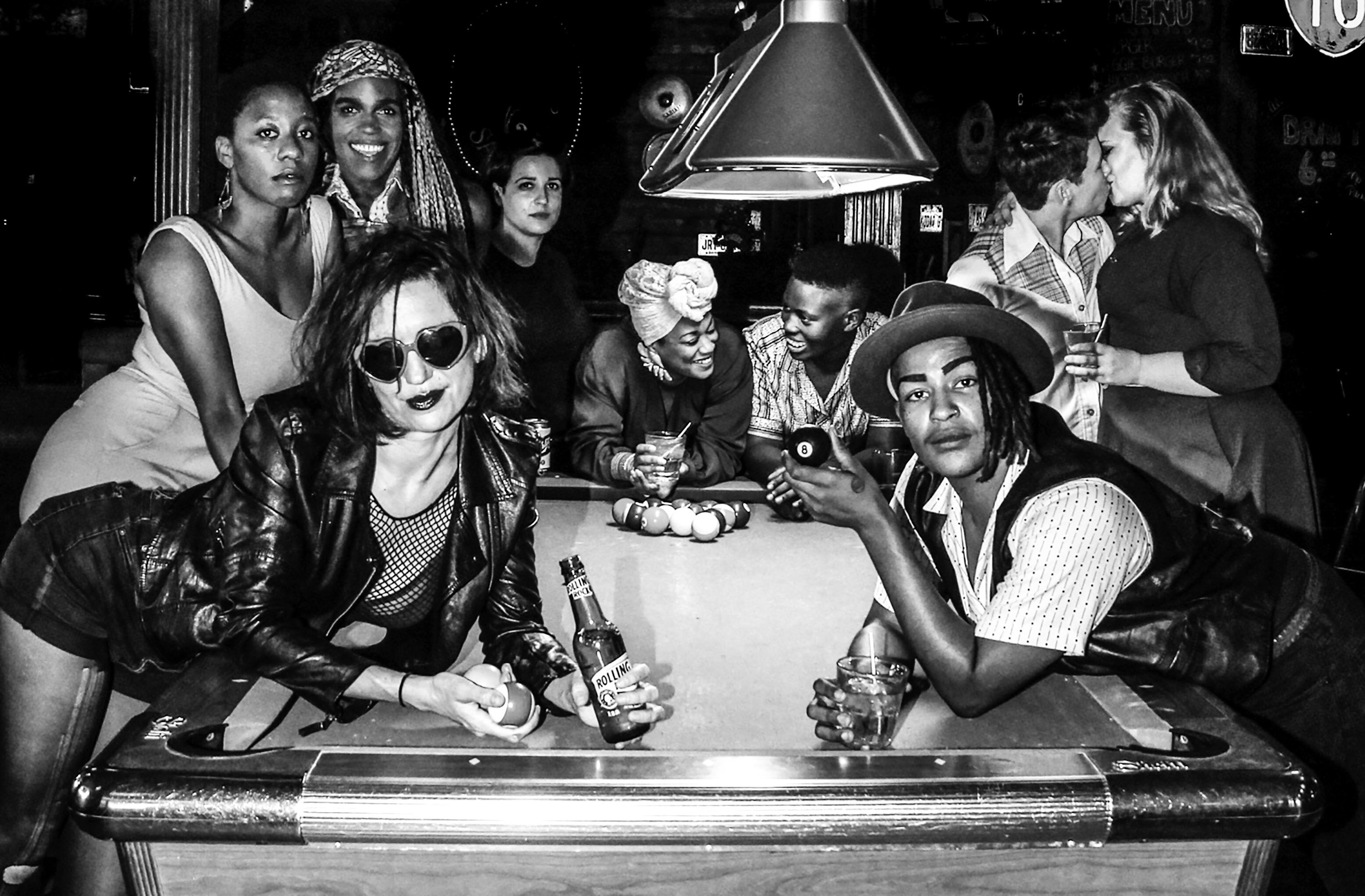 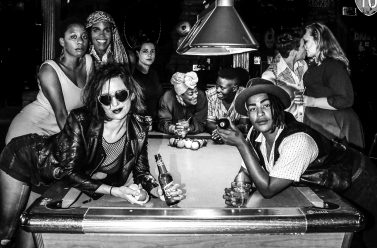 At the top of this year, the multimedia art and history collective Last Call: the New Orleans Dyke Bar History Project staged several performances, mixing music, clips of audio interviews, and a hyper-intimate version of theater-in-the- round. Utilizing the full space of the room, Last Call began to tell a story almost too big and layered to tackle: why aren’t there any dyke bars in New Orleans anymore? And how can we work against the over-whiteness of the ones that remain, as well as potential future spaces? That work in progress has since evolved into a brand new project, Alleged Lesbian Activities, set to debut this month, with a new script and almost entirely new cast. I met up with members of Last Call’s team: indee mitchell (pictured, foreground right), Bonnie Gabel, and Hannah Pepper Cunningham ( foreground left) to talk about how the project has changed between January and now, and what they hope people take away from it.

How did you all become involved and what do you specifically hope to add to the narrative of Alleged Lesbian Activities?
indee mitchell: I jumped on board with Last Call maybe a year or two into the project’s happenings, and at first it was a random thing. I was getting more into performing in New Orleans and finding my footing here, and someone recommended me as a person who’s a Black queer performer and dancer. I’d been doing a lot more dance things, or movement heavy stuff, so I came into the project wanting to queer up my performance world in New Orleans. I’m part of an African dance company and it’s not very queer in that scene (it’s a very traditional heteronormative scene), and I needed to do something gay.
Bonnie Gabel: Way, way, back, Hannah Pepper and Rachel Lee and I were sitting in a coffee shop and they were like, “Bonnie, do you wanna direct a drag king musical?” And I was like “Yes, because: yes.” It was going to be about Charlene’s [a lesbian bar in the French Quarter that closed in 1999], and then Rachel and I brought Ace Falcor on. The three of us—me, Rachel, and Ace—started doing research, trying to talk to people about Charlene’s. When we started talking to people about Charlene’s, we realized there were so many other stories connected to that story, and so many other bars that were open at the same time. And Charlene’s was primarily a white bar. There were all these Black lesbian bars that were open around the same time, so then the project started growing and growing.
Hannah Pepper Cunningham: I was involved kind of in and out early on, and I think my strongest desire was to engage inter-generationally with queer elders, lesbian elders, dyke elders. And I think some of that also had to do with a reckoning of my own identity, because to relate requires a certain amount of self-awareness. At that time, there was a lot in the air about inter-generational rifts in the LGBT/queer communities, and I was interested as to how that was at play in my own experience… As the project grew, the inquiry that was most central [to me]… was how white supremacy and policing have eroded and continued to threaten queer space.

What do you think about the idea of there being bars just for gay men, or just for lesbians when more and more, no one really fits into one slot like that? Do you see, or hope for a time when there will just be LGBT/ queer bars where everyone is thrown into the mix?
BG: For us it’s been about: how do we create queer space as a queer narrative? Because maybe there are spaces where everyone’s welcome, but is everyone’s narrative being centered? Or whose narrative is being centered in that space? And it’s important sometimes to have spaces that do center narratives.
IM: In an ideal world we’ll all have our spaces. The spaces we can enter into together, like on some ally shit, but also the spaces we can have for ourselves. And that goes across racial lines and across sexuality lines. So, yeah, I think a queer bar, queer space would be awesome, but not at the expense of a lesbian space. And it’s weird and fucked up because of course these white, gay male spaces still exist, and it feels like they exist at the expense of our spaces and that’s where it feels violent and it feels like there’s nowhere for me to go, like there’s nowhere for me to exist.

If someone were to see your performance who had no previous understanding of the complicated layers of subject matter it addresses, what would you hope they come away with?
BG: We’ve always been explicit that we’re creating work about queer experiences, by queer people, for queer audiences. But, I think because straight people will come— we’re running for three weeks— they have overlapping identities with us in some ways. I think a lot of what we’re trying to tell them is that this experience is varied. This experience is not monolithic, this experience is layered, this experience is valuable… [It’s] that idea that it’s really important for people to be seen. Because when people aren’t seen, it’s easier to dehumanize them, it’s easier to make them a monolithic thing, it’s easier to say their stories don’t matter. So we’re making art that shows queer experiences and that’s specifically centering the experience of dykes and people of color. It’s making a work that’s trying to say: it’s not one story, it’s many stories.

How would you say the performances starting in September have evolved from the January “work in progress” performances?
IM: Well, there’s kind of a whole new cast! New characters, new set, new costumes, new script. A lot of things have been revamped. The January performance was definitely a place where we learned a lot about the show and where it needed to go.
BG: There are a couple of people who carried over but there’s a few new people. And nelle mills took the script that we had made, which had a lot of different voices in it—it was written collaboratively by a lot of different people—and helped to thread some of it together. And nelle came in and refined it and really brought out what are the central issues and themes the play is taking on, while also making things more subtle and complex—the way a talented playwright can. 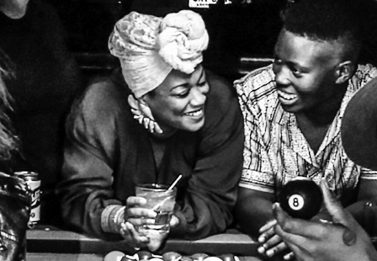