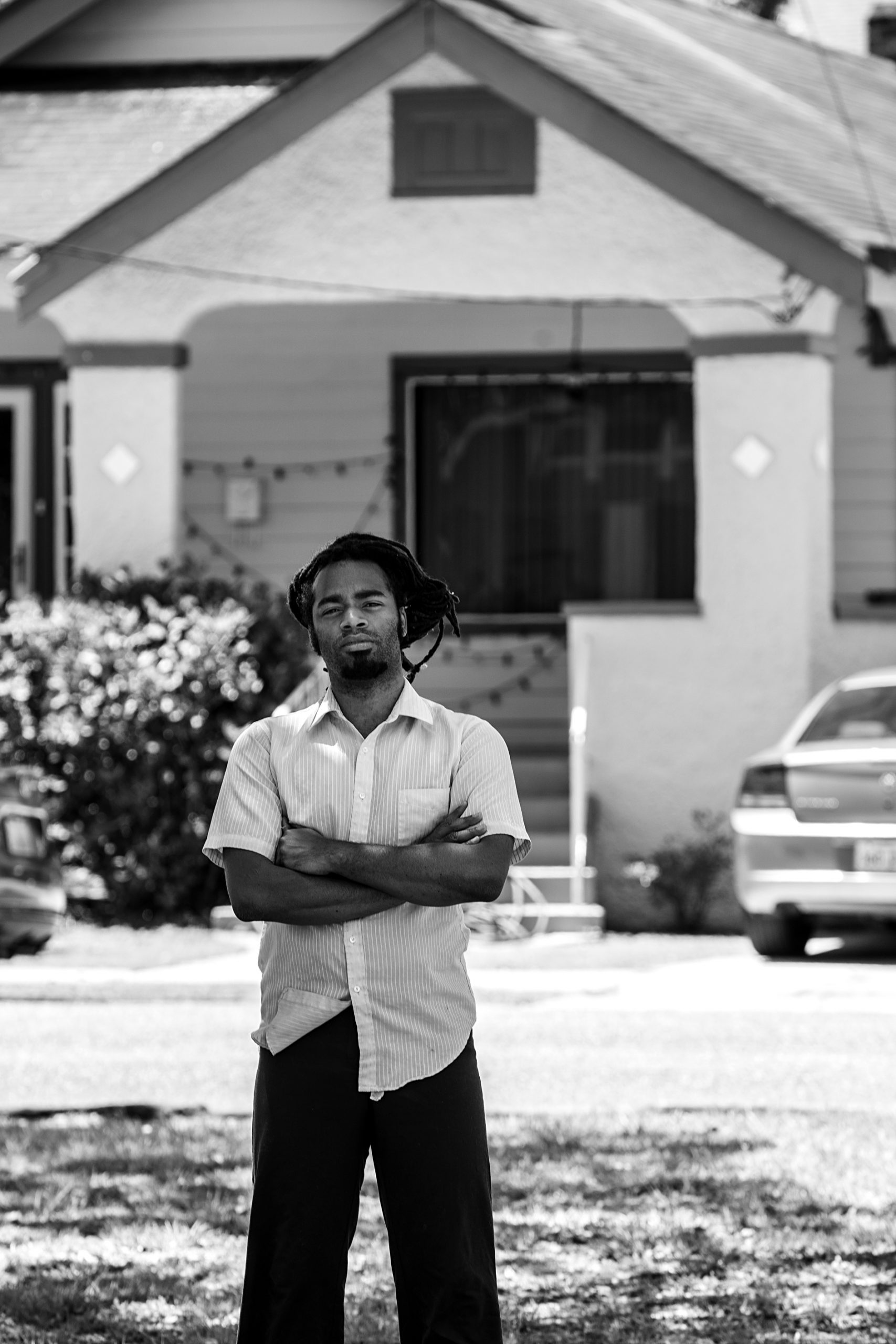 The most vivid of my childhood memories occurred in the spring, like sifting through pounds of crawfish with my little fingers. Today I still love Super Sunday and the ripe loquats, festivals and local fish fries, perfect front porch weather and endless music. Everybody and their mama wants to be here when it is spring in New Orleans. But this spring I stayed home. Faced with the pandemic’s exponential risks, we as a city acted appropriately to protect those medically at risk and ordered a lockdown. And with that I lost both my jobs.

Many would agree that it was the appropriate course of action. While I am young and healthy, I cannot know who is immunocompromised or if someone I come into contact with has preexisting health conditions. In the beginning, there was a recognition that we needed to take care of one another. That recognition is fading.

Love Thy Neighbor as Thyself

We could begin with a theory: times of crises bring out the best in people. There are many stories of public servants, retail workers, medical workers, and custodial workers laboring in adverse and uncertain conditions, of people volunteering their time and risking their safety to ensure people have access to food, masks, and hygiene products. Mutual aid and economic relief pages sprout up online. This theory is partially right.

But even in a time of mutual aid, charity, and humanitarianism, a bizarre but familiar adversary appears: the landlords who are illegally evicting tenants during a pandemic. Extended-stay motels have illegally pushed out tenants, and one in New Orleans East did so by gunpoint. MetroWide Apartments received a large amount of public backlash for sending out eviction letters in March. They claimed it was an error, but in April they distributed Notice to Vacate papers (still toothless aggression, as eviction courts were closed).

At the beginning of April, New Orleans already had a per capita coronavirus death rate that was twice the rate of New York City. Yet we were ahead of the federal government in closing eviction courts and non-essential businesses, as well as banning large public gatherings. Though historically dominated by homeowners, New Orleans now has a growing majority renter population. It is estimated that more than a third of the workforce in the city belongs to its tourism and hospitality industries, which were decimated by the pandemic. Those who could work feared for their health. The local disparity of medical access and the fact that many in Louisiana suffer from diabetes, hypertension, and other compromising medical conditions meant many in the city were at risk.

You Need A Sink To Wash Your Hands

A substantial amount of evidence shows that housing has a significant and direct effect on health, especially for low-income populations. Locally, we have a 25 year life expectancy gap between the most economically depressed and affluent neighborhoods.

The World Health Organization has a slogan: “Stay Home. Save Lives.” People are encouraged to stay home, keep six feet apart when outdoors, and to only go shopping for groceries every couple weeks. It has been suggested that people wear masks and wash their hands when arriving to and leaving locations. Many in the city have to go to work, use public transportation, and take care of others who are at risk. It is evident that secure housing is fundamental to the fight against infection. Thousands of people feel more insecure than they have in over a decade and houseless people find themselves in astoundingly compromised positions.

In response to an approaching economic catastrophe, the federal government passed the CARES Act in late March. Most citizens making under $75,000 a year could expect to receive a one-time stimulus check of at least $1,200 and unemployment assistance. The act also instituted a moratorium on foreclosures. In addition, there would be forbearance available for federally-backed mortgages. Renters of these units approved for forbearance could not be evicted for 120 days; and even after, an additional 30 days notice had to be given. Even private mortgage lenders were encouraged by financial regulators to negotiate payments with their lenders. Many property owners would not have to fear losing their houses.

While the CARES Act offers limited aid, it is not enough. April took the country by surprise. A third of U.S. citizens could not make their rent payments by the first of the month, and just a week before, 6.6 million Americans filed for unemployment with the numbers continuing to rise past record levels. With half of renters in New Orleans spending almost a third of their paychecks on rent, a significant portion of the aid could be read as a subsidy for landowners. Even with the added financial assistance, many are still waiting to receive aid or to even be approved.

The problem becomes even more serious when you look at the many people who need assistance but are ineligible or are only partially eligible (sex workers, documented and undocumented immigrants), or find themselves in more complicated sitautions, such as recently divorced couples or survivors of domestic abuse. Additionally, while evictions are not allowed for units that received forbearance, currently there’s not a way for renters to check if the property owner has been approved for forbearance, leaving many property owners to demand payments when they themselves are off the hook for months.

Wolf at the Door

If a crisis can bring out the best in some people, it usually brings out the worst in politics. Many accounts of an overwhelmed unemployment infrastructure—already a difficult and lengthy system to navigate—have emerged. Many have yet to see their funds. This is joined by historic spending at the federal level that has gone, largely, to keep the pockets of the wealthy full.

Unprecedented evictions are predicted by housing justice activists. Historically, judges will handle a few eviction cases before lunch. Eviction courts are closed now, but if the courts open in May, they will face an incredible backlog. Judges will also have added difficulty sorting through and finding out which cases are even legal, given the federal moratorium on evictions. Still no plan has been made public on how to approach our housing crisis legally.

On April 1st, the City of New Orleans COVID-19 Rental Assistance Program was implemented with a starting budget of $500,000. As it stands, it is only projected to help about 600 households and is not currently accepting applications.

Mayor Cantrell has repeatedly stated that evictions are illegal, but the consequences of illegal evictions remain unclear. Recently, landlords have even been caught spying on the stimulus check status of their tenants. Many property owners are showing indifference to regulations, feeling they are likely to get away with intimidating tenants.

With the economic future of New Orleans so uncertain, it seems likely many will continue to have difficulty paying rent, especially as many people continue to be outstanding as they wait for stimulus checks or unemployment to finally disburse. Many, such as undocumented immigrants, don’t even qualify.

Bringing up Katrina is something I try to avoid, but you cannot ignore the parallels. We as a city lost so many people, and even more through displacement. Neighborhoods often change over time, and often in inequitable ways, but people were ripped out of their homes and pushed out through unfair fines. Just as many went out of their way post-storm to make a profit from displacement and took to aggressive redevelopment of areas the city neglected, many will do so again. There was already a fight over the soul of New Orleans as short-term rentals skyrocketed and the city held only a fraction of the affordable public housing prior to the storm.

It is very common for landlords to try and hold on to security deposits from existing tenants and require them for new tenants. While organizations like the Louisiana Fair Housing Action Center (LaFHAC) can fight for some to get their deposits back, others won’t even know they have that option. They won’t be able to afford a new deposit. It will be the last time many people will be able to stay in the homes they currently have, living in a disposable photograph.

Blueprints for A Way Out

There are organizations and groups fighting the current housing crisis. Southeast Louisiana Legal Services offers free legal services and is taking complaints about landlords trying to evict tenants. LaFHAC is offering free legal services for tenants who feel they are being discriminated against and can direct homeowners to a protection program to navigate mortgage forbearance. Recently, the New Orleans Housing Justice Coalition, with support from organizations like the Jane Place Sustainability Initiative, Women With a Vision, LaFHAC, and many others, have created a petition to keep eviction courts closed until August 24.

A more radical answer is also being pushed by councilmembers Kristin Gisleson Palmer and Jay Banks, who have stepped up to push for a broader moratorium on evictions and rent cancellation. Renters’ rights groups like Housing Justice Louisiana are calling for eviction courts to stay closed longer and are researching the possibility of rent cancellation. It is an idea whose time has come. Minnesota Congresswoman Ilhan Omar is calling for federal rent cancellation, unveiling a bill where the federal government would cover the losses of landlords and mortgage lenders.

At the time of writing this, I have yet to receive unemployment or stimulus. I have friends who are immigrants and sex workers who are not getting economic relief or are afraid to go through the legal system to defend against illegal evictions. I remember being displaced after Katrina and that surreal, polyvalent future is nearly as frail now as it was then. The deal we received does not reflect the gravity of what is next. The strongest net we can cast is a rent cancellation plan with longer mortgage forbearance and a commitment to safer housing for the unhoused and those fleeing domestic abuse. Anything less privileges financial investments over communities, and disposes of the opportunity to make the future a place of relief and not a burden to those unable to carry it. If we are unwilling to do what is necessary, we are disposing of the spirit of New Orleans and the livelihood of its inhabitants. If we do not fight now, we are again risking New Orleans becoming a diasporic memory and not a home.

Daiquiri is currently working on a storytelling series around housing and can be reached at daiquiri.jones@gmail.com. For more information on rental assistance and renters’ rights, check out the following resources: