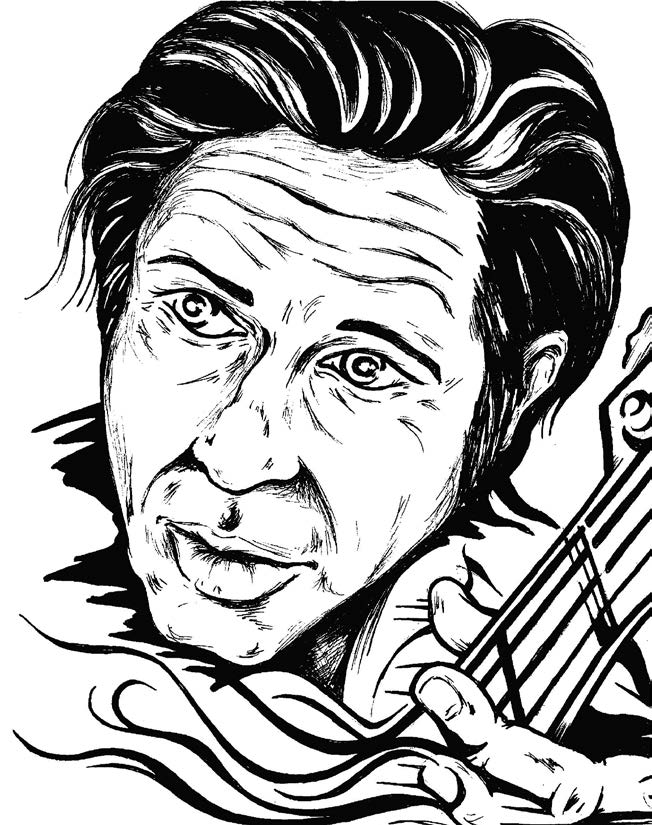 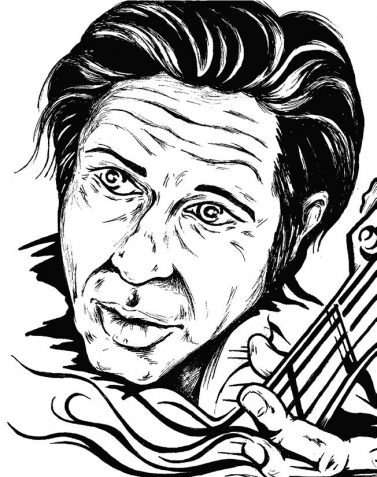 “Can I call you John?” I ask. He laughs. “Sure.” Based on the way he says it, he likes to laugh. It shouldn’t come as a surprise that he has a sense of humor. John Doe, as the bassist, co-vocalist, and co-songwriter of the renowned and highly influential L.A. punk band X, has spent his career crafting bass lines that vibrate with ecstasy and bite, and co-writing socially charged and charmingly funny lyrics. After meeting fellow X songwriter and vocalist Exene Cervenka at a poetry workshop in the late ‘70s, Doe created the band with rockabilly-inspired guitarist Billy Zoom and powerhouse drummer DJ Bonebrake. From there, they started to construct their own brand of punk rock.

“After hardcore came in,” remembers Doe, “that kind of overtook all the other elements of punk rock: [it was] eclectic. Pick your own mind, make your own definition of what kind of music you want to make. And I think that is still the current definition of punk rock.” The kind of autonomy that X sought under the large genre umbrella of “punk” led to the emergence of an exciting new aesthetic.

Since all of the bandmates had different musical influences, their layered sound was an organic creation. Doe’s fondness for folk singer-songwriters, Zoom’s 1950s-rock style, and Cervenka’s poetry background proved to form a rich dynamism. He fondly remembers their differences: “[Exene and I] like lyrics. Billy didn’t necessarily like them. ‘What is that all about? Just write a simple song that’s dumb.’ That’s the range which was included in punk rock.”

Doe really does seem to admire that collaborative, all-inclusive nature that is integral to the punk rock scene. This could be related to the band’s experience with Ray Manzarek, the keyboardist for 1960s psychedelic rock group The Doors, who ended up producing their first four records and worked with them on and off until his death in 2013. “Even though maybe Robbie Krieger wrote ‘Light My Fire,’ they all got credit for it. They all shared the money for it. They were a true democracy, and Ray understood that,” Doe said, ending the thought with a lilt of affection in his voice as he recalls the trust Manzarek put in them as a band and how lucky they were to have someone like him supporting them in an industry that is notorious for its dog-eat-dog structure. “He was smart enough to realize that if there is some energy, something that’s indescribable that goes on between the band, don’t try to separate it and analyze it. You just do it.”

And it worked. Los Angeles set X apart from other L.A. punk bands with Zoom’s Gretsch manhandling and Exene and Doe’s ribald yet thoughtful turns of phrase. There’s a relatively quiet moment on the closing track, “The World’s A Mess, It’s In My Kiss,” that relies on Manzarek’s punchy organ and Cervenka’s almost-staccato vocals. As she and Doe sing “cradle and all” in a chilling crescendo against the artillery gunfire of Bonebrake’s snare drum, Zoom’s furious chords and everything else before it give the impression of a city set ablaze. A floodgate of emotion and release opens, and it’s rare to find such moving pop construction in American punk rock when so much of it, especially in the hardcore scene, was defined by boys club braggadocio and sociopolitical nihilism.

The following year, X’s second album Wild Gift continued their clever, exciting approach to grand acclaim (music critic Robert Christgau at Village Voice gave the album a legendary A+ rating in his popular “Consumer Guide” column), and then their style started to shift with 1982’s Under The Big Black Sun, which allowed the bandmates to experiment with each of their influences. “As we became a little more confident, then we felt [that] we can bring these other influences [and] musical backgrounds that we have into our music, and it’s still going to be X.” It’s this excitement that keeps Doe ticking. “That’s part of the deal of being an artist or being a creator. That’s the biggest gift. Nobody says you can’t do anything.” He says it affirmatively, like a Buddhist teaching or avuncular advice. 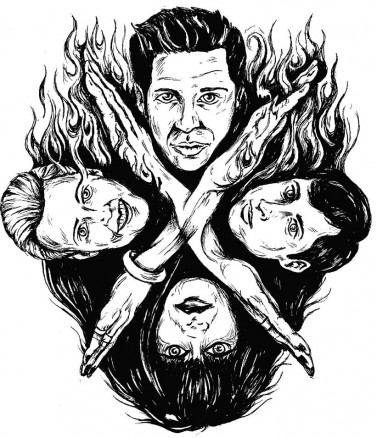 He takes his role as artist/creator very seriously. What triggered Cervenka and Doe’s frustrations on their fourth record, 1983’s More Fun In The New World, were the longstanding unchecked social issues that surrounded them. “[We were looking at] the disparity between rich and poor, and people being blind or spoon-fed, a lot of the same stuff that goes on today.” Maybe, in a way, it’s still punk music’s duty to call out social atrocities on any scale. Jello Biafra thought internationally on “Holiday in Cambodia,” but Cervenka and Doe thought it was important to stay local and domestic with their concerns. But Doe doesn’t associate sociopolitical distress with grandstanding, especially when an artist is up against something as powerful as Ronald Reagan in the early 1980s. “We couldn’t help but include [Reagan and Republicans] in what we were writing. Exene is really adept at having a political song that doesn’t step up on a soapbox and say ‘Ronald Reagan is an asshole.’ That has a very limited shelf life.”

After a disappointing change in producers with 1985’s Ain’t Love Grand and 1987’s See How We Are, the band started winding down. All the bandmates went on their own journeys, and so did Doe, who continued playing music via a prolific solo career. “There’s something about longevity that you have to continue to search and experiment and have fun and try different things that inspire you.”

He even has another album, his twelfth, coming out next April. He describes it as “Psychedelic soul music from the Arizona desert. So it’s got this crazy reverb and distance and it’s very minimal. It’s what the songs asked for.” Doe clearly gets a kick out of the “new”: new collaborators, new styles, new techniques. While we were discussing overlooked Bob Dylan records, he pointed out the sermon- style Saved from 1980. “The only other record [from Dylan] I can think of that’s more freewheeling like that is Infidels or something that’s like, ‘Fuck it, just go for it. Go up and play. Okay, ready? Go, play!’ I love that style.”

Doe is also wrapping up a book project, with a projected release date around the same time as his new album. It’s called Under the Big Black Sun (named after X’s third album), and it’s a thoughtful rundown on the history of L.A. punk told in an unprecedented way. “Rather than my history of L.A. punk rock,” he says, “it’s a lot of people’s history.” He includes whole chapters written by the likes of Cervenka, Henry Rollins, Mike Watt, and Dave Alvin. “It’s done in the same spirit of that scene, which was very collaborative,” he claims, as each author has a focus on a particular moment in the period told from his or her perspective.

Yet it seems as if no one in X, not just Doe, can give up that collaborating mentality: X has been touring rather consistently since their reunion in 2006 (including a set at The Voodoo Experience in 2011).

However, the band’s current lineup is missing guitarist Zoom, who is receiving cancer treatment after a recent diagnosis. (Jessie Dayton, a guitarist from Doe’s solo years, will replace Zoom in the meantime.) However, in addition to a “prognosis [that] is really good,” Doe says that he and the other band members “were all really touched by the way people responded to helping out Billy. There’s a GoFundMe site that’s still collecting money, and we’ve gone way over, almost doubled our goal. The overage is going to go to a cancer fund for musicians in L.A. who don’t have the visibility that Billy does. People give 25 dollars and say, ‘You mean a lot to me, and this is what I can give right now.’”

From everything that I gathered in my conversation with Doe, if he has a wild gift, it’s the ability to continually look at the world around him in awe. After six records with X and almost a dozen albums from his solo career, he’s still looking for ways to get excited. When I asked the 61 year- old rocker if he thinks he will ever run out of interest for making music, he asserts quite simply, “I hope not. That’s what I do.”

X plays the House of Blues on Friday, September 4th. Tickets and more info at houseofblues.com/neworleans or xtheband.com