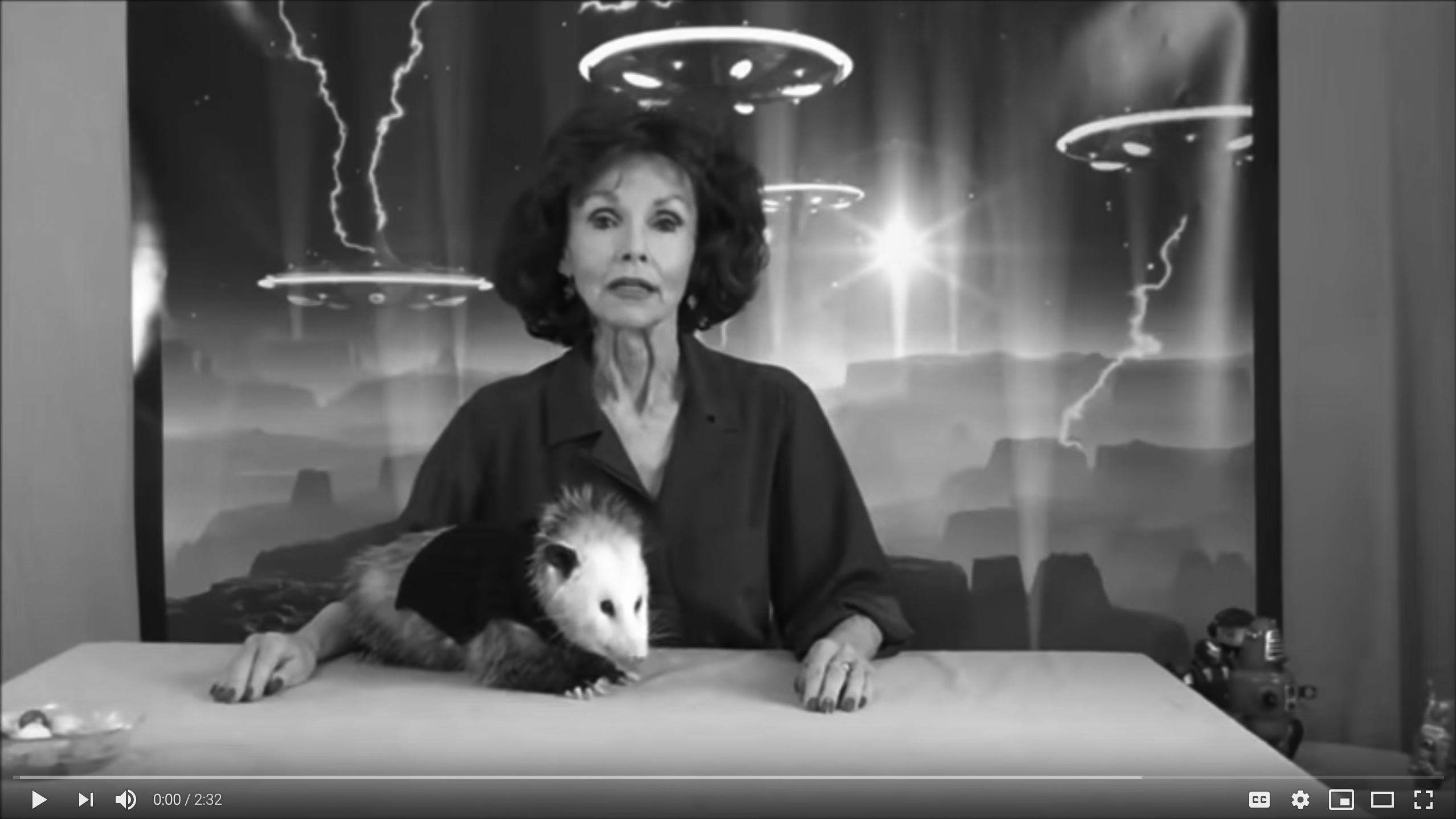 alantutorial
No one can convince me this isn’t one of the greatest pieces of creative media from Q1 of the 21st Century. Start in the middle, hop around until your palms sweat, then lock into a groove and ride until the bitter, pulverizing end. It’s the tutorial format as frothing sociopathy.

Red Letter Media’s Mr. Plinkett Reviews
The Star Wars Prequel reviews are nearly as long as the films they dissect. They are crass, upsetting, hilarious, and staggeringly sharp works of film criticism. Foreknowledge of the material is not a requisite.

MEpearlA (aka The Possum Lady)
Just a barking mad human and her proper pet possum, Pearl. Like the most pleasant nightmare you’ve ever had. A perfect channel.

The Uncharted Zone
Phil Thomas Katt and Tommy Robinetti refuse to let their teenage rock’n’roll dreams die. Dip into their mysterious, green-screened zone of wonder at any point. Shattering falsetto and likely manager of a plumbing supply company, Mark Gormley is a personal favorite.

JP The Bee Man
If you just want a nice, local, mellow buzz, JP is your ticket to sweet honey. Start with a shockingly huge hive removal and let his dolcet Parish tones lull you into a sense of apiaric surrender.

Contrapoints
In my gut-brain, Natalie Wyn’s razor sharp social critiques are still not as widely known outside Lefty YouTube as she deserves. Contra has increasingly dealt with Trans identity as she’s transitioned from M to nonbinary to F in real time via the channel over the last two to three years, but her early social and political takedowns still have a tremendously urgent dialectical energy.

Weird (Fruit) Explorer
Equal parts boring and fascinating, a soft-spoken man travels his apartment and the World with the simple goal of tasting the planet’s many strange, delicious, and nauseating fruits.

Liziqi
Meditative, peaceful, and educational; Li Ziqi lives in a mountainous region in central China and produces hypnotically tonal videos where she prepares food, forages raw materials, and makes traditional craft. A pastoral retreat for those who just need to chill out and gorgeously, passively pick up some life skills for when the last grocery store closes down.