Since Katrina I’ve taught, after school, “an English class disguised as a music class.” My students write song lyrics as a way to improve their literacy. It’s not unlike journal writing class except we use a drum machine. Other times, my students pen album reviews.

Currently, I am ecstatic to be working at the International School of Louisiana, the best New Orleans school I’ve worked in so far. The kids and their parents all seem extremely bright and conscientious, meaning even when the kids don’t want to write after a long day at school, they make the best of it – which is, really, the most a New Orleans teacher could hope for.

The following albums were all released this year by Louisiana artists. The students were asked to describe them to readers and suggest whether or not the music was worth buying. —Michael Patrick Welch 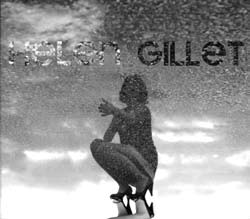 HELEN GILLET
S/T
(INDEPENDENT)
The song “Run” makes me want to dance. One thing though, she keeps on repeating “run” and she should use other words. On “Atchafalaya” I picture deers running in the forest. It makes me want to sleep. It’s like a lullaby. The beginning of “Hidden in This E” sounds like Narnia. It’s a sad song. I like the lyrics and the tone. I feel like she is playing more than one instrument (guitar, cello and piano). The next song sounds like she is sad that “Julien” left her. “De Memoire de Rose” sounds like a romantic song in a different language. At first it sounds Egyptian. “Chagrin” sounds like it is in French. Later in the song it sounds more like gibberish. “Rien Du Tout” sounds like a battle in space or like an alien speaking. It has a really good rhythm. It sounds like a dying cat with that screech. “Understood” starts off with nice beats. Finally, a song in English! This song has something to do with someone going through hard times, who wants to be understood. It sounds like it could be in the orchestra at a wedding. At first I thought “Lithium” was about the periodic table. –Giancarlo H.

“Run” has a nice beat and it’s very tribal. She used a loop pedal and cello. “Atchafalaya” is very mellow and I didn’t like it that much but her vocals were good and her lyrics had meaning. On “Hidden in this E” her vocals were going up and down but her lyrics didn’t have a meaning. To me it was very country. On “De Memoire de Rose” the cello was aight but her vocals were really great in French, to be honest. “Chagrin” has a really good beat but I still can’t understand because it’s in French and very repetitive and it aggravates me. “Rien Du Tout” has a scratchy sound to it in the beginning. The beat was cool. It repeated a lot but it’s still in FRENCH! Can I have English PLEASE?? That sound towards the ends was very outer space. –Tavian S. 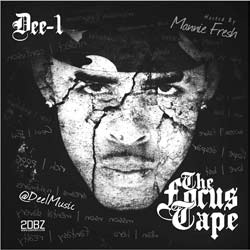 DEE-1
THE FOCUS TAPE (HOSTED BY MANNIE FRESH)
(INDEPENDENT)
“Shut Up and Grind” is not a hit but worth listening to. The mood of the beat is laid back. The vocals are good, not the greatest. “I Love Me Some You,” is too fast but calms down later. It has great bass and background music. Overall it’s a song worth buying. On “the Vibe,” the vocals are good but the background is bad. It’s a mix of techno and drums: horrible song, overwhelming. “The Very Best” is kind of slow but just how I like it. Good vocals, awesome background. Go ahead and buy it but don’t kill me if you don’t like it. “Heart of a King” has a good vibe. “Mannie Fresh Speaks,” he’s talking way too much, says “You dig?” way too much. “You Stupid Fool” sounds like Soulja Boy: a great beat, a beat worth buying. “Work” has a good tempo for rap but has mediocre vocals and no bass. I think that’s a mistake. “Everybody Quiet”: Now that’s more like it! Great beat and tempo. Vocals are great. I think it’s a hit. “R.I.P”: I like the title. “Master P” has a great beat, good bass. The mood is fast and energetic. I wouldn’t buy the whole album, just some of the songs. –Max F. 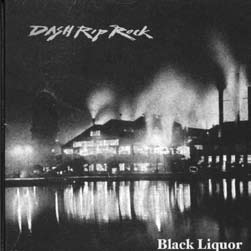 DASH RIP ROCK
BLACK LIQUOR
(ALTERNATIVE TENTACLES)
In this album, it is mostly alternative rock. It consists of 10 songs. Song number 1 is what the whole album is named after, “Black Liquor.” The song mainly talks about how drinking any alcoholic beverage may benefit or harm you; yet for some reason it encourages you to drink this socalled black liquor towards the end. Song number 2 is about a levee. It takes place in a hurricane/ typhoon. He is complaining about how the levee isn’t protecting his house. During song number 3, the guitar and the drums are in perfect sync; every 8 counts or so there is a burst of emotion that enters the song then vanishes just as quickly as it came. By this point, I am thinking to myself that they are just some regular everyday rock band. The fourth song has a change in genre; it has turned from alternative rock to country. The voice of our singer has become more digital. This song slightly reminds me of the song “Maxwell’s Silver Hammer.” For me this was a big change in between the songs. The 5th song goes back to the album’s old self, only slightly faster. I don’t have a lot to say about song number 6. He is basically talking about how kisses exhilarate him. In the 7th song, he sounds a little raspy. He seems to be describing a date by the river. The following song refers to all the tragedies anybody has ever written but somehow he can keep the song with a rock genre. Song 9 sounds as if he is at a rodeo, meaning it has an amazingly fast tempo. Our final song reminds me of an ‘80s song. In conclusion, I believe that you should buy this album if you like a country/rock genre. –Liam M. 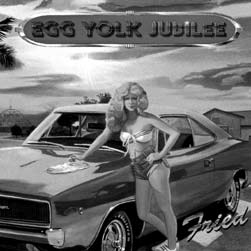 EGG YOLK JUBILEE
FRIED
(INDEPENDENT)
On “Kingfish,” I don’t like how he sings. I like the music but not the singing. On “No Buts, No Maybes” I love the music but the singing is weird. He has something in his throat and it makes me want to clear my throat. He sounds Spanish and country. On “No Quarters,” I like the drums and saxophones. There’s no singing and I like singing in music, but this sounds right. “Freaks” sounds different than the others. It makes me want to go to sleep. He has a very low voice. –Thai’la H.

The first song, “Kingfish” sounds like rock. Also, blues and jazz. On “No Buts, No Maybes” the singing sounds like a dude who is sick. On “No Quarters,” the genre sounds like jazz. “Close to You” has the sound of an elephant farting. I imagine Elvis. The singer sounds like a constipated vampire. “Freaks” sounds spooky, like a scary movie. “Demons” is jazz. It has a lot of instruments. It makes me feel like I am in a cemetery. In my head I see a band of hobos. –Aila B.