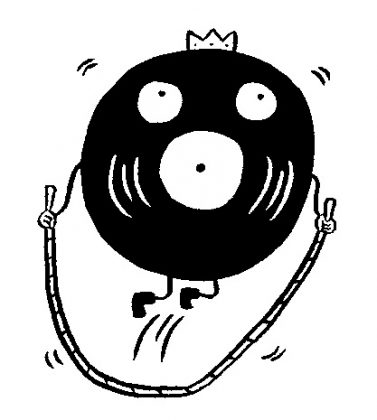 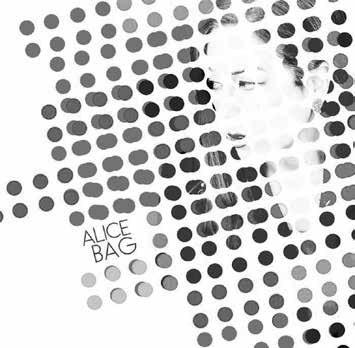 Perhaps it was her activism, the penning of her memoirs of the Hollywood punk scene of the late ‘70s and of her travels to post-revolutionary Nicaragua, or her status as a denizen of feminist punk that delayed this solo debut. Whatever had Alice Bag putting this one off, it’s about time. Coming on like an older, wiser Ronnie Spector, or an ass-kicking, punk-infused Shangri- La, Alice Bag’s attitude is evident from the very start, whether it’s the taunting “Little Hypocrite,” preaching to the young on how far looks will really get them in “Modern Day Virgin Sacrifice,” or musing on the trappings of marriage in “Suburban Home.” Lest listeners think the rest of Bag’s activism is left behind once she gets behind the mic, she takes on domestic abuse, formal education, and the environment in clever ways that cut to the quick, backed by a stellar bunch of musicians active in the present Los Angeles scene. There’s even a nod to Bag’s Chicano roots with the beautiful “Inesperado Adios,” sung with Son Jarocho artist and Quetzal member Cesar Castro. It’s a debut well worth the decades-long wait. —Leigh Checkman 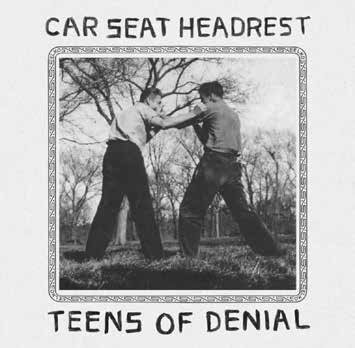 “You have no right to be depressed,” frontman Will Toledo wails in the chorus of “Fill in the Blank,” the first track of Car Seat Headrest’s new release, and this line conveys the new record’s main narrative: his own self-worth. Similar to Courtney Barnett’s Sometimes I Sit and Think, and Sometimes I Just Sit, on Teens of Denial the lyrics are the main star, told from the perspective of a flawed millennial battling with anxiety and existentialism carried over from his teen years. Before he made his first LP with Matador, Teens of Style, Toledo made twelve home studio recordings in a span of four years under the Car Seat Headrest moniker. Teens of Style was a compilation of those first 12 recordings, so this second record seems like his first proper studio LP. Toledo has a distinct admiration for indie rock both old and new. His clashing guitar work on “Vincent” and characteristic monotone vocal work seems to draw from Television’s Marquee Moon. The record comes to a midpoint with the standout six-minute track “Drunk Drivers/ Killer Whales,” where Toledo swoons remorsefully in drunken regret that sounds like Paul Westerberg covered a “great” Weezer track. Thereafter, the record shifts its angsty tone to one of self-acceptance. Overall, Car Seat Headrest exceeds expectations with one of the more lyrical and cohesive-sounding releases this year.—Alan Singleton 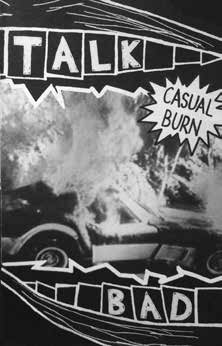 Anyone who’s seen NOLA’s own Casual Burn play one of their raucous shows has probably been stymied by their raw power and ability. Shifting quickly from surf sunniness to no wave gloom can’t be easy, but they do it effortlessly. Talk Bad, their new EP, is a testament to the band’s talent. From the opening title track to closer “Cheap Date,” Talk Bad is a visceral, engaging listen. Highlights include “Vacation Brain,” which opens with a propulsive chug that could have been on a Stooges or Wire album, before launching into hardcore ferocity. At times, vocalist Monet Maloof has the explosive power of 50 trucks full of fireworks colliding. Other times, she nearly croons in dark lament, like on slow burner “Doorways,” which also features beautiful licks from guitarist David Sabludowsky. “Cheap Date,” with its manic, bluesy riff and start-stop dynamics, makes for a wonderful closer, showcasing the full spectrum of Casual Burn’s palette. A brief segment of heavily digitally-manipulated music plays just after the song ends, and the EP implodes from its own fury. If you’re looking for a fresh local take on punk rock, you can’t do much better than Casual Burn. —Corey Cruse 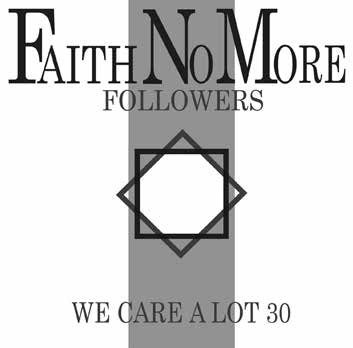 FAITH NO MORE
WE CARE A LOT (REISSUE)
(KOOLARROW)

“Hippie-Punk” comes to mind when describing Faith No More’s first outing, We Care A Lot. Considering the genre-bending prolific musicianship of FNM, it’s not all that surprising. The debut album originally intended to be a demo when it was originally recorded in 1985, but was distributed in late 1985 through San Francisco-based label Mordam Records. It has been out of print until this reissue. Their debut has all the musical components to foreshadow their future classics: metallic riffs, heart-pounding percussion, crunchy bass lines. The only major difference is the absence of Mike Patton vocals, which would later be the driving energy of FNM’s 1992 classic, Angel Dust. Instead,  the front man at the time, Chuck Mosley, restricts the sound with his monotonous, often off-key vocal work. That being said, the album has a PiL vibe to it with Mosley’s vocals biting with each track after another into a simple anthem-heavy record. The opener and title track “We Care a Lot” is an anthem against apathy and the difficulties of just existing in society, with relevant issues to both then and now. Overall, the reissue sounds crisp, even with throwaway live tracks, 2016 mixes, and original demos. Mostly, it’s a dull affair for fans of Mike Patton’s vocals, but a worthy listen for people who aren’t particularly fans of Faith No More. —Alan Singleton 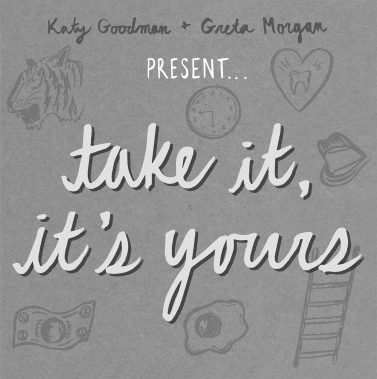 A covers album can be hit or miss. At first it’s like “why?” But if there happens to be that perfect combination of satisfyingly relevant song selection, and a capable artist who makes the selections their own rather than trying to sell some karaoke shit, then it’s a win. Katy Goodman (from La Sera) and Greta Morgan (from Springtime Carnivore) have come together for a surprisingly necessary-seeming covers album and somehow reworked classic hits by The Replacements (“Bastards of Young”), Iggy Pop (“I Wanna Be Your Dog”), Bad Brains (“Pay To Cum”), and Billy Idol (“Rebel Yell”)  o such an extent that they sound new again. Sometimes—not very often, but sometimes—it takes a different artist’s approach to a beloved song for you to remember how much you loved it in the first place. —Kelly McClure 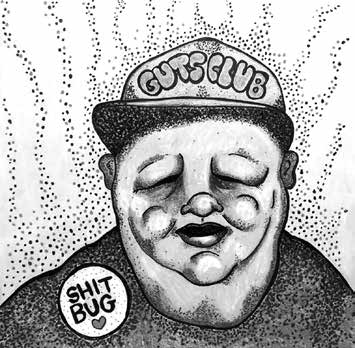 In her latest album Shit Bug, Lindsey Baker—a.k.a. Guts Club—somehow tops her debut, The Arm Wrestling Tournament, in raw vulnerability. And that’s saying a lot, since she basically offered up her inner organs on that one. Shit Bug puts her unique and often fairly uncomfortable soulscapes to the front, and the songs seem to be an intentionally difficult listen. In “Ugly Igloo,” Baker sounds old, wounded, and weary, though impassioned. Then she slowly gains strength, volume and diction with each subsequent song. The aching beauty of the piano and pedal steel add to the acoustic strumming, helping her wish ill on the ruinous in “Burn Pile” and describe bizarre, obsessive acts of love in “Zookeepers” before a drummer joins in on “Rad Rug.” Among the standouts are “Whale Legs” and “Boron,” a meditation on a childhood episode. Rarely has anyone been this nakedly, anxiously, compulsively strange on a record. It seems fitting that Shit Bug is equal parts lonely trumpets and curses, awkward aching vocals, and pensive pedal steel. Perhaps Baker is internalizing her new home, New Orleans, and keeping her creative powders dry. —Leigh Checkman 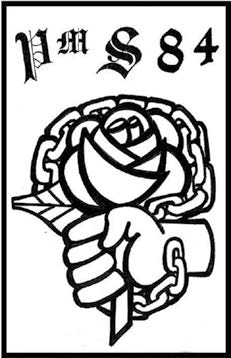 Since they started plying their brand of hardcore punk with a jumpstarted Oi! edge in mid-2014, PMS 84 now stands atop the Portland (Oregon) punk scene as one of its most active bands. Three out of four band members literally come from opposite corners of the country: Boston, North Dakota, and southern California. This is hardly an anomaly considering the Portland punk scene, a longtime musical hotbed of creativity, has also been inundated by a steady stream of transients. Specifically, PMS 84 plays with noticeable bite and spite. The vocals are shouted in a gruff and direct manner; the bass is the undisputable rhythmic powerhouse (Anya definitely knows her way around the neck); the guitar gives the tunes cohesion; and the drums exude an unmistakably aggressive stomp that makes everyone pay attention— especially live. PMS 84 has carved its mark up and down the West Coast over the last year with, among other gigs, appearances at Manic Relapse Fest in Oakland and Have a Good Laugh Fest in Vancouver. Additionally, their cover of “Work Together” by The Oppressed is solid. Catch them at Varning from Montreal Fest in September.—Dan McCoy 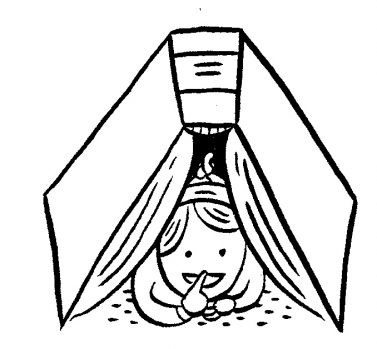 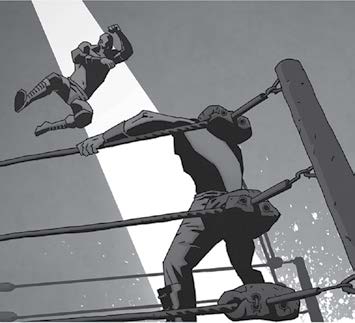 Ringside Volume 1 is an ode to professional wrestling that passes up the slumming melodrama of movies like The Wrestler. “Dashing” Danny Knossos, formerly known as the Minotaur, is a hulking mass of waterlogged rawhide who shuns most human interaction. Living in Japan, Knossos receives an urgent call from an ex-boyfriend who has upset the local mob and fears for his life. Minotaur flies back stateside looking to lay down some punishment on the local gangs and have a second chance at true love. Only one problem: despite his size and reputation in the ring, Knossos only knows the business of staged violence and the pain from his injuries, nothing of real violence and retribution. The way the creators explore the relationship (or lack thereof ) between real violence and violent entertainment is fascinating, but never detracts from the story. For help, Knossos turns to a disabled female veteran with an arsenal of guns and a part-time accountant/ bounty hunter, neither of whom really want to help Knossos’ vigilante mission but also don’t want him getting hurt. The creative team’s art embraces this theme as well. The vibrant neons and flashy pastels of professional wrestling contrast well with the deep purples and reds of Knossos’ injuries or the bold colors of his flashbacks. Ringside deconstructs the formulaic tough-guy revenge comic and fleshes out that critique with flawed-yet-engaging characters and a page-turning story. —Andrew Mullins, III 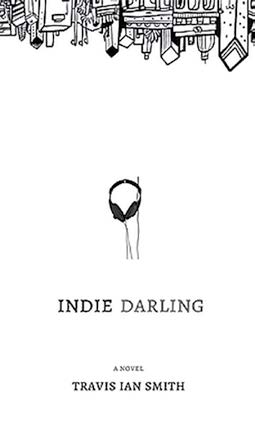 I will say this for Travis Smith’s debut novel: it keeps readers guessing for a little while. Noah Seymour, former guitarist for the short-lived, yet legendary band The Vows is in a bit of a rut, teaching English at a New Orleans high school and trying to get over the fact that he was “once famous” in a world that won’t let him forget it, especially when reality TV show producers come knocking, trying to get The Vows back together for one more performance. Seymour juggles the stresses of teaching, of being forced to mentor a student enthralled with his musical past, and of the return of his former bandmates. He doesn’t juggle well, and there is some question at certain points as to whether Indie Darling will be a tale of redemption for an inspiring teacher or a Behind The Music-esque reunion story. Smith’s first person narration skills and storytelling are strong, and though he may lack a feel for good conversation, he delivers a tale that has at its heart a lust for life and as well as the charged crucible of making music. —Leigh Checkman