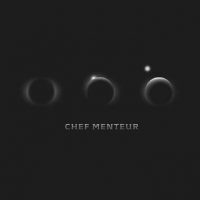 CHEF MENTEUR
III
(SUNRISE OCEAN BENDER)
The sheer size and scope of Chef Menteur’s III may seem daunting to new listeners at first, but these New Orleans-based instrumentalists are old hands at epic conceptual albums. Their 2012 atmospheric double album East Of The Sun & West Of The Moon makes up one of III’s three sections. Force Majeure, the band’s most recent release, makes for a relatively smaller bite to chew off III, showcasing a band in transition with some new members and a newer—and in some ways funkier—approach to their ambient magic. The true revelation of III lies in the unreleased-until-now “companion” album to East-West, the eclectic North Of Tomorrow & South Of Yesterday. It features another version of “Terpsichore,” both parts of “The Long Stand,” and titles like “Kenny G Goes To Guantanamo Bay.” All of it music that stretches far beyond the names. Taking in this band’s sounds is an act of giving yourself over to a kaleidoscope of rock, psychedelia, jazz, noise, bhangra, African rhythms and other sounds and letting it all wash through your being. Whether it’s via East-West’s and North-South’s more cosmic leanings or Majeure’s compact rock, one thing is clear: III is a great opportunity to give in to Chef Menteur. —Leigh Checkman 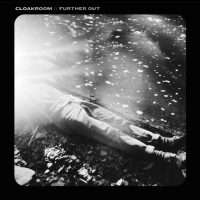 CLOAKROOM
FURTHER OUT
(RUN FOR COVER RECORDS)
Further Out is the debut record from Chicago-based project Cloakroom, a pulsing emo band lathered in atmospheric elements of slowcore and post-rock. The album opener, “Paperweight” is piercing, driven by pounding drums and all-American guitar riffs. Its descent into the verse is coupled with Doyle Martin’s delicate chords and David Bazan-like vocals. Songs like “Lossed Over” really cut straight to the pop element of the band, allowing for catchier melodies and sing-along song structure. However, tracks like “Starchild Skull” bring about unique patterns that drift away from the drone of most of the record. Robert Merkof (bass) takes leisure with his playing in order to match the circular intricacies of Brian Busch on drums. “Clean Moon” is a more experimental track for the band, Busch laying back on his playing and leaving the guitars mostly acoustic. Doyle overdubs with atonal guitar swells. Cloakroom have really used their previous EPs and 7”s to define their sound and focus on creating fist-clenching lullabies. Previous releases seemed to try to do too much. They were forcing the sludge, and Doyle’s vocals couldn’t match up. Further Out rights all of the wrongs. It’s impressive, seeing as their previous outfits were bands like Grown-Ups and Native that focused on faster, more aggressive new-wave emo and math-rock. I’m curious to see how much more the band experiments with other instrumentals and songwriting structure, as their drift on Further Out seems to have set it apart from other releases. —Robert Landry 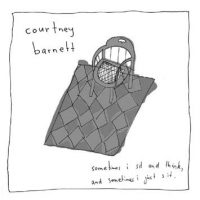 COURTNEY BARNETT
SOMETIMES I SIT AND THINK, AND SOMETIMES I JUST SIT
(MOM + POP)
What an anomaly. Courtney Barnett’s Sometimes I Sit And Think, And Sometimes I Just Sit rattles with internal line rhymes and wicked guitar licks. You think she’d be angrier, like Paul Westerberg or Alex Turner, given the fire-and-brimstone of her lyrics. But it’s all hidden by her subdued voice. She’s not a protester: she’s a muser. A woman singing such biting lyrics doesn’t have to be as cynical or as musically crunchy or have as loud of a voice as her male counterparts. She’s the female answer to Morrissey (no, really—“Small Poppies” approaches the dissonant brilliance of the Smiths’ “Death of a Disco Dancer”), whose lilting vocals are contrasted by bitter words and rocking instrumentation. The sharp lyrics, fun guitar work, and mild vocals present on Barnett’s debut studio album form an unlikely and magical alchemy that is too unique to garner Clear Channel-radio play but more thrilling and exciting than the aim of most “indie” rockers these days. Barnett should be the poster girl for truly independent musicians. —Joey Laura 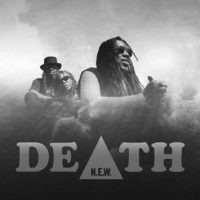 DEATH
N.E.W.
(TRYANGLE/DRAG CITY)
In 2013, the documentary A Band Called Death brought the story of 1970s Detroit’s proto-punk rockers the Hackney brothers to a worldwide audience. For N.E.W., Dannis and Bobby Hackney, together with guitarist Bobbie Duncan, have recorded songs written by now-departed Hackney brother David in the late ‘70s and added some new ones inspired by Death’s critical reception and connections with audiences in recent years after the release of The Whole World To See. A great continuation of Death’s resurrection would be an extension of the acclaim World’s music garnered upon its long overdue 2008 debut. The uplifting lyrics in many of the songs on N.E.W. tend towards a form of self-help via guitar licks, the strongest songs being ones like “Playtime,” when the band doesn’t try to preach… it simply rocks. The stop-start of “Look At Your Life” adds some spice to their more straightforward, earnest music, and when the band is really in a groove, it can show Living Colour a thing or two. It remains to be heard if Death can reach greater sonic heights in its new recordings. The band will keep having fun doing it, though—for now. —Leigh Checkman 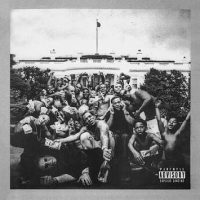 KENDRICK LAMAR
TO PIMP A BUTTERFLY
(TOP DAWG/AFTERMATH/INTERSCOPE)
“My pops used to say it reminded him of Bepop,” said Q -Tip, referring to his dad recognizing the thick bass beats of hip-hop as a reassessment of an earlier music form. Kendrick Lamar makes a similar connection in his second studio album To Pimp a Butterfly, in which he reconnects hip-hop to the genres to which it has always been tied strongly, but most rappers are too cool to recognize. Influences of jazz, disco, and gospel clearly permeate this thoughtful and well-contextualized record. Lamar uses this aesthetic power of context to explore his main theme of “survivor’s guilt” as he becomes increasingly popular and wealthy while his family and friends are left behind fighting for their lives in Compton. His courage to admit—and face—his social and cultural roots allows him to elevate his very personal realizations to a universal level: How are Black people culturally being pimped like a butterfly, killed like a mockingbird? His social awareness is clearest when he criticizes the “new DemoCrips and ReBloodlicans” on the scornfully brilliant “Hood Politics.” The final track, “Mortal Man,” uses the influence of spoken-word records and jazz to create a haunting, bold distillation of Lamar’s concerns and hopes for humanity. —Joey Laura 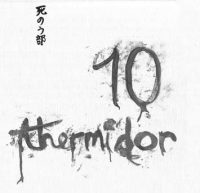 SHINOBU
10 THERMIDOR
(REALLY RECORDS/LAUREN RECORDS)
Since about 2005, Shinobu has been playing a kind of uniquely smart indie rock that seems to be making a comeback these past few years. However, they have mostly stayed under the radar in San Jose. With influences ranging from Pavement to Devo, Shinobu can get weird, but in that conversation-with-your-second-cousin at Thanksgiving kind of way. 10 Thermidor is full of lazy drums and sloppy joe guitar riffs, but one can’t help but roll the windows down and turn up the volume. Songs like “2Tone Tuesday” and “Culture Inc” feel like Sunday drives to your grandparent’s house, the sun shining brightly and mac n’ cheese in the oven. Monotony becomes comfortable and something to celebrate. Vocalist and guitarist Mike Huguenor reminisces on the joys of books and the surrealism of quiet suburbia. “Jokes” is the odd ball here, but even that is not uncharacteristic of Shinobu. It’s a smaller taste of their oblong songwriting, which is nice for this LP. Other releases seem to deviate away from simple and catchy rock tunes, which is what they are best at. “9 Thermidor” is another track that departs from Shinobu’s typical sound, albeit more successfully. Hugenor is an excellent vocalist and lyricist and “9 Thermidor” strips down the drums and guitars even further to cater to the vocals in a tasteful way. Bob Vielma pulses with slow bass notes to bridge the gap of sound. This release is much more controlled and enjoyable than the last Shinobu installation, Strange Spring Air. However, no Shinobu record is complete without prolonged instrumental jams in the middle of the songs, which is something I’m still getting used to. All in all, I preferred this record to any other Shinobu release in terms of recording quality and songwriting. —Robert Landry 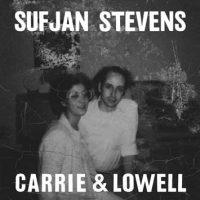 SUFJAN STEVENS
CARRIE & LOWELL
(ASTHMATIC KITTY)
Better known for albums like Michigan, Illinois, and The BQE filled with potent collections of tracks smartly conceptualizing their respective locations while also including some heartfelt tunes, Sufjan Stevens gets more intimate and personal than ever before with Carrie & Lowell. The passing of Stevens’ mother three years ago (her name is referenced in the album title) served as a solemn springboard off which he dives into an exploration of death, despair, and grief that could well serve as a companion in sound to Joan Didion’s The Year Of Magical Thinking at times. The settings for Stevens’ musings on religion, memory, and what it is to lose loved ones are gentle in a folk manner—some of them resemble music that could just as easily have been made by Simon and Garfunkel—enveloping listeners in the mystery of the grieving process. Though there are a number of guest musicians on Carrie (like S. Carey of Bon Iver and Laura Veirs), their contributions are akin to those of Stevens’ Band of Butterflies in the past: their presence serves the music and the mood above all else. There is an incredible beauty to this release, but also an intensity that is overwhelming at times, making it an unforgettable portrait of life after great loss. —Leigh Checkman 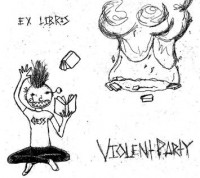 VIOLENT PARTY
EX LIBRIS EP
(IMMINENT DESTRUCTION)
This is one of those rare “word of mouth” finds for me. Violent Party are from Portland (OR) and seem to be quite obscure, self releasing most of their records which are quite limited (this EP is limited to 200 copies). They’re heavily influenced by Japanese noise bands (Confuse, Gai, Stagnation, etc.) and they fit nicely in the same category as Lebenden Toten and Nerveskade. Very distorted chaos punk” No lyrics or band info (or any info) given, adding to their mystery. Contains a member of Gasmiasma, though. —Carl Elvers 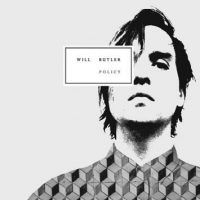 WILL
BUTLER POLICY
(MERGE)
No one can knock Will Butler’s ear for wicked chord progressions on Policy, his debut solo album that showcases seemingly limitless influences. His variation on boiled-down song structures on multiple tracks takes on the sheen of the catchiest indie rock. His first track “Take My Side”—which owes a lot to X’s Wild Gift—owns rollicking jangle-rock and distinguishes his delicious brand of pop-dance that’s equal parts David Bowie and LCD Soundsystem. Unfortunately, his scattershot approach of styles confuses his lyrics. Butler is aware of what quirkiness looks like on paper, but he doesn’t link any meaning to his ironic juxtapositions. He’s particularly guilty of this on “What I Want,” which is lyrically indebted to the likes of Elvis Costello’s, David Byrne’s, and John Cale’s strangest verses, but without the abstract Gestalt exercise for the listener and, ultimately, fulfillment of any real meaning behind the wordplay. Just one look at his hipster-friendly album art tells the listener what they need to know about his approach, which is boringly derivative at its worst. Butler only wishes that he could be truly eccentric. —Joey Laura