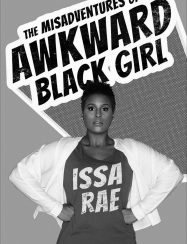 ISSA RAE
THE MISADVENTURES OF AWKWARD BLACK GIRL
(37 INK/ATRIA BOOKS)
YouTube, much maligned for creating loads of inane internet stars, blessedly balances out those scales by bringing the world the work and perspectives of people such as Issa Rae and her excellent Awkward Black Girl series. It’s a funny look at the everyday in the life of “J” (played by Rae), who works with strange people, writes rap lyrics in secret to deal with breakups, and tries to navigate situations that, inevitably, end up making her feel awkward. In Rae’s memoir, she dips into her background as a Senegalese-American, exploring the not-always-successful negotiations of her African and her American childhood interactions, all of which have been poured into ABG. Chapters on Rae’s relationship with her father, her attitude towards public displays of affection (one of which nearly got her arrested in Senegal), and why she can’t dance are interspersed with “ABG Guide” chapters that expand upon the world of her YouTube series, presenting food for thought on connecting with other types of black people, eating in public, and why black women and Asian men should get together. Rae’s Misadventures in book form are a great companion to her series and serve to expand on a singular voice that needs to be heard. —Leigh Checkman 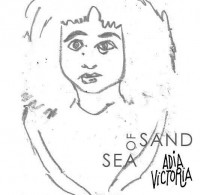 ADIA VICTORIA
SEA OF SAND EP
(RUE DIDOT RECORDS)
Named one of Rolling Stone’s “10 New Artists You Need to Know for 2015,” Adia Victoria has thrown her lot squarely in with the blues/country camp with Sea of Sand. It is a solid first offering from the Nashville-  based singer, boasting atmospheric production values and more than a touch of southern swelter. Since this is a three-song EP, the first impulse is to think that it will have one great song, then two fillers, whetting the appetite for an inevitable full album. But make no mistake, all three tracks offered are worth repeated listening and work together as a distinct whole rather than  distracting the listener from the overall package. Sea of Sand could easily be the soundtrack to a humid August night behind closed doors, but would be just as at home enjoying some quiet alone time on the porch with a cold one. All in all, this is a solid first offering––one that  hints at a much larger, albeit dark and smoky, world. At her core, Adia Victoria is a true woman of the South and she utilizes the requisite themes and tones  needed to bring her stories to life with the deft hand of a pro. —M. Bevis 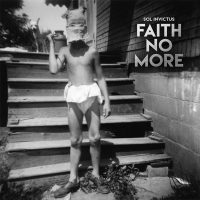 FAITH NO  MORE
SOL INVICTUS
(RECLAMATION RECORDINGS/ IPECAC RECORDINGS)
Through the ‘80s and ‘90s, San Francisco’s Faith No More exploded all over MTV, defying genres with their  unique blend of metal, rap, and funk. Four albums later, they vanished into obscurity, leaving the members to explore a vast array of other projects through the years. After a reunion initiated in 2009, the band’s bassist,  Bill Gould, started bringing new music to the table, beginning with the hauntingly-beautiful, powerful  masterpiece “Matador.” For the first time in almost 18 years, we are presented with a full album, Sol Invictus, a worthy culmination of all the band’s wildly-varied influences  and styles. 100% self-produced, this album is an anthem of creative freedom  and new beginnings, reigned in only by decades of experience. After all this time, FNM could have put out a record of clicks and whistles over a drum machine, and their ever-growing,  fiercely loyal fanbase would have eaten  it up. Similarly, however, they are faced with the nearly-impossible challenge of living up to the hype, and they deliver in spades, depending on what the listener wants to hear. If you were hoping for Angel Dust, Part 2—sorry. For these listeners, there is the single “Superhero,” a track that captures the funk and wildness of the band’s early years, with Roddy Bottum’s keyboards soaring over the top of the melodies. Drummer Mike “Puff ” Bordin and guitarist Jon Hudson kick off the politically-charged “Motherfucker” (originally a Record Store Day 2014 release), bringing back the remnants of rap-rock in a solid, steadily-paced anthem. “Rise of the Fall” makes you want to grab a partner and tango, while “Separation Anxiety” chugs along heavily like a pack of wild beasts on the prowl. Frontman Mike Patton does it again by creating inhuman noises, howling, screaming, and yet crooning  with a heartbreaking smoothness that  surely helped win over the lion’s share  of their female audience. Sol Invictus is a mature, well-crafted follow-up to Album of the Year that goes beyond picking up where they left off and hits the ground running with everything you loved about FNM’s later years. More than that, it is satisfyingly worth  the wait, and belongs in heavy rotation, sure to pick up new fans along the way. —Jenn Attaway

THE HUSSY
GALORE
(SOUTHPAW)
While The B-52s connected surf rock with modern-day malaise, The Hussy never use the valid connection between garage rock and outdated kitsch on their fourth album Galore to explore  what makes people tick. Garage bands  like 13th Floor Elevators, The Sonics, and The Woolies were not just curious  but also anxious about the emotions people go through, which made their  music about the human experience not only enthralling but practically transcendent. “What I Want” and “Keep My Heart” are both indebted to garage rock standards, but they miss the essential yearning behind  The Strangelove’s “I Want Candy” and The Seeds’ “Pushin’ Too Hard.” At their best, though, The Hussy re-contextualize the classic garage/psych sound to showcase the growth and wide influence the genre has had since the 1960s. “EZ/PZ” relocates the listener to the CBGB-era New York punk scene, while the ‘90s-flavored “Take You Up” and “Down That Road” fast-forward to the alternative rock movement. Galore shows a great sonic understanding of garage rock, so there’s hope that  The Hussy’s next record will keep in mind the contemporary milieu of its listeners. —Joey Laura 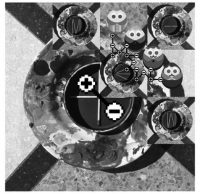 MEW
+-
(PLAY IT AGAIN SAM)
This Denmark band’s 2003 effort Frengers elevated Dinosaur Jr.’s noisy alt-rock sound to something quite dreamy, featuring brighter guitars, funkier bass lines, and higher-pitched vocals. They experimented a little  more on 2005’s Mew and the Glass Handed Kites, but starting with 2009’s No More Stories Are Told Today I’m Sorry…, the band stylistically came to a screeching halt. Now, with +-, Mew just appears to be repackaging  the same sound again and again. Not a single song is unpleasant: the second track, “Witness,” recalls the rich energy Mew had behind songs like “The Circuitry of the Wolf ” and “Chinaberry Tree” on their 2005 album. However, the other tracks on +- run together in the listener’s memory  as undifferentiated carbon copies. Honestly, listening to the new album isn’t terribly different from listening to Mew’s previous two records. This lack of growth isn’t unheard of. Mew’s stylistic cousin Radiohead had a few lazier albums, Amnesiac and Hail to the Thief, in between two of their most ambitious works. Muse has even lost their crunchy-rock touch since 2006’s Black Holes And Revelations. Maybe Mew’s most recent mediocre effort foreshadows a knockout follow-up record in the near future. —Joey Laura 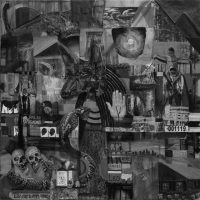 ROSE WINDOWS
ROSE WINDOWS
(SUB POP)
With touches of indie-folk and blues- rock, Rose Windows’ 2013 album The Sun Dogs had a nice ring to it, although it was a little familiar and self-indulgent. However, their new self- titled album marries the two influences  into something quite rich. Unlike the bored acoustic finger-picking of some indie-folk artists or some psychedelic- inspired bands (King Tuff, Black Lips, The King Kahn and BBQ Show) that are in constant danger of sounding  like a Nuggets-based cover band, Rose Windows crafts their own sound  that captures the rapturous trance of religious contemplation. The first track, “Bodhi Song,” opens the record  with a bold, anthemic declaration: “No there ain’t no note that don’t matter, baby.” This folk- and spiritual-based assertion sets an all-inclusive tone that  encourages a forward-thinking unity. Tracks like “Blind” and “Come Get Us Again” display a mix of existential thirst while “Glory, Glory” captures the gusto and celebratory nature of gospel music without trying to mimic grand vocal harmonies (it’s comparable to Neil Young ’s classic “Like A Hurricane”). This much more focused work shows Rose Windows’ real capabilities as musicians with a grander purpose. Rose Windows showcases the band’s understanding of both sub-genres’  original intentions: they aim to reach for the unattainable abstract in a poetic and tangible manner. —Joey Laura 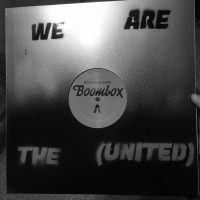 SCARECROW SONIC BOOMBOX
WE ARE THE (UNITED)
(SELF-RELEASED)
With just the right amount of swagger, Scarecrow Sonic Boombox deliver a solid first effort with We Are The (United). This is the sound of sweaty, hungry musicians holed up in a crowded garage, bashing out tunes  that older musicians wish they could muster the conviction to still play live. There is a decidedly garage sensibility at play here, tempered with a knowing wink to ‘80s punk, both pre and post, but without the trappings of nostalgia. While solidly immersed in an overall punk aesthetic, We Are The (United) holds to an energy that is raw, yet forward thinking. This is the sort of damage that older punks should pay attention to—the kids might just be alright after all. —M. Bevis 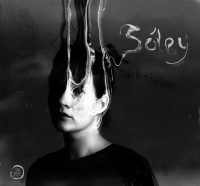 SÓLEY
ASK THE DEEP
(MORR MUSIC)
On her first album in four years, Sóley tries to make her songs even moodier. As if excessive reverb and surreal dreamscapes weren’t enough  on 2011’s We Sink, Sóley now extends her sad-bastard specialty to include  full-on nightmares. Songs like “Devil,” “Halloween,” and “Follow Me Down” strongly urge the listener to take part  in Sóley’s exploration of subterranean gloom. But what’s most frustrating is that this new album doesn’t build on Sóley’s earlier work with other groups or even the work of previous Icelandic artists. Her previous group, Seabear, had some quite pleasant efforts in the late 2000s—The Ghost That Carried Us Away and We Built A Fire—featuring  sad, yet bright-eyed lyrics and an acoustic wall of sound that gave their  troubled words a soft, delicate touch. Further, the best Icelandic musicians showcase their frustrations filtered  through a rich ecstasy. From Bang Gang to Botnleðja, from Mugison to Björk, these musicians refuse to use music as a therapy session like Sóley does. Rather than thrust their distresses on the audience and beg for sympathy, these musicians offer empathy for their  audience, which is ultimately more rewarding. Instead of asking us to be miserable with her, Sóley should be offering her condolences to those who have suffered. —Joey Laura