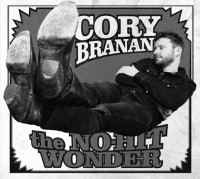 CORY BRANAN
NO-HIT WONDER
(BLOODSHOT)
Cory Branan’s latest effort, No-Hit Wonder, is a simultaneously summery and sullen showcase of Branan’s immense talent as a writer and his band’s immense talent as a band. These tunes rock and rollick along, completely catchy, but with enough edge to discern  them from Trashville’s pop-radio fare. The title track blazes out, owing more to the Ramones than to any iteration of sequins and steel guitars. “C’mon Shadow” has more of a honky-tonking feel, heavily featuring piano and playful lyrics like, “Don’t you remember when you were nine feet tall?” Especially on tunes like “Missing You Fierce,” Branan’s band bears a certain resemblance to Ryan Adams’ Cardinals,  which is an excellent thing indeed. The true stars of this album, however, are the songs themselves. Branan takes poetic and literary turns all through the American landscape, from Tennessee in “Sour Mash” to Colorado in “All the Rivers in Colorado.” The latter’s chorus snakes around the title phrase  three times as Branan half-chokes out a story of a lost lover. The deep impact  of John Prine’s songbook is evident all over this record, but Branan puts his own signature on things, with a contemporary voice and more of a rock’n’roll sound and attitude. This is a truly righteous record. ––The Rev. Dr. Daniel P. Jackson 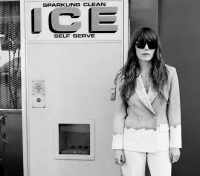 JENNY LEWIS
THE VOYAGER
(WARNER BROS)
The other day, I read “Green Screen: The Lack of Female Road Narratives and Why it Matters,” an essay by writer  Venessa Veselka for The AmericanReader. Having once escaped murder as a hitchhiker herself, Veselka stares into a cavernous void of cultural archetypes that endangers women journeyers by making them near unrecognizable in the eyes of society. “Power and patriarchy can’t afford women the possibility of quest, because within  these structures women are valued as agents of social preservation and not agents of social change,” she writes. Enter Jenny Lewis and the fantastic, prismatic Voyager, with its un-idyllic  Hawaiian vacations, angst-fueled trips to Paris, and the alt-rock radio single “Just One of the Guys.” A child actor, member of The Postal Service, and leader of beloved ‘00s indie band Rilo Kiley, Lewis has been on the road longer than I’ve listened to music. Here, maybe, was a woman free from deadly invisibility, capable of transcending the invalidations of secondary characters. But it’s not like that, and she knows it too well. Her heroine is pressed upon by a thousand forces: the Other Women in songs like “Slippery Slopes” and “She’s Not Me,” social expectations about  marriage and motherhood, and the insomnia and emotional turmoil Lewis experienced making the record. “I am living proof that history repeats. You can’t outrun ‘em, they want you dead,” she declares, riding the open road into Veselka’s fatally foregone conclusions. Then there’s “The Voyager” itself, not an individual but an ill-fated internal time machine, halfway between a spiritual calling and the space shuttle Challenger. Perhaps unsurprisingly, the one time Lewis fails to convince is on “Love U Forever.” The song never  moves past its title; it’s too simplistic structurally and it fits unambiguously into a box of happy-ever-after. It’s there, I suppose, to show that she isn’t actually heartbroken and conflicted in life, but there’s more to be said for agency than love. —Anna Gaca 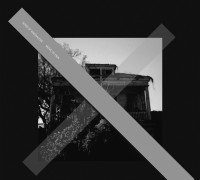 SONS OF MAGDALENE
MOVE  TO PAIN
(AUDRAGLINT)
New Orleans native Joshua Eustis  has played short stints with NIN and Puscifer, but is more notably known for his songwriting/production roles in his own Chicago-based electronic duo, Telefon Tel Aviv. Now donning the moniker Sons of Magdalene, Eustis has released his first solo album, Move to Pain—a daunting electronic opus whose context is deeply rooted in the tragic losses of TTA band mate and best friend Charlie Cooper, as well as his own father. But even under  such incredible weight, this album is never in danger of suffocation. Simply by loosening the grip on some of the more “conventional” rules of production, Eustis achieves a new level of breathability not typically associated with his painstaking attention to detail. Synth-driven pop tracks like “Hold on Hold Still for a Second” and title track “Move to Pain” will undoubtedly draw comparisons to Depeche Mode and New Order, while the more abstract “O, Death” and “Unfortunate Phone Call” are more likely to evoke parallels to Christian Fennesz or Gas. The ability to wield control of both of these worlds within the same universe is not only impressive, it’s flawlessly executed (see: “A Strange Sound”—a bouncing  arpeggiation whose airy vocals all but disintegrate into wandering oscillators and cheeky melodies). To catalogue this album as anything less than dynamic would be doing it a great disservice. —Kevin Comarda 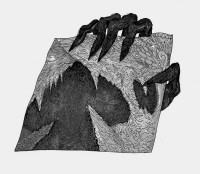 WAND
GANGLION REEF
(GOD? RECORDS)
Los Angeles-based Wand sounds like fuzzed out nerds who played a lot of spooky fantasy video games while listening to ‘60s psych records. Their  explosive sound wraps you up real tight  like a fuzzy sweater. It’s an album you put on repeat and only realize it three  hours later. Ganglion Reef is so smooth  from start to finish that I can’t wait to buy it on vinyl. Some notable tracks are the single “Broken Candle,” “6661,” and “Generator Larping.” As the story goes, Wand was signed by Ty Segall, who is releasing what will be their debut  full length on his label GOD? Records. They’re hitting the road together this September. —Dominique LeJeune 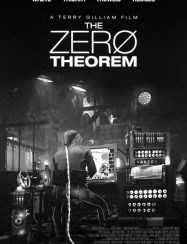 THE ZERO THEOREM
DIR: TERRY GILLIAM
(STAGE 6 FILMS)
The Zero Theorem asks its audience a blunt question: Why are you doing this? Or rather, What is the point? Christoph Waltz plays a cog in a corporate machine, crunching “entities” all day, and referring to himself in plurals. When asked if he feels alone at a party, he responds, “We feel alone everywhere, not just here.” This quirk is a fun way of toying with the collective consciousness that he, in the end, represents. Tightly wound to the extreme, feeling a sensory overload  everywhere––especially when being followed by literal pinpoint marketing––he holds on to his sanity through one thing and one thing only: a phone call. He doesn’t know from whom or why, but he believes it will make everything better. By the time our story begins, it’s suggested he’s been waiting for years, perhaps decades. That call better be worth it. Zero Theorem is a movie that  is at times both Burroughs and Kafka- esque: the nature of control (and being controlled by the need to control), the helplessness of faith in anything, and the unending pattern of non-answers to life-destroying queries. Sure, it’s humorous in its absurdity, but rather tragic in its depiction of the why of existence and the what we do with it. Much like Brazil before it, The Zero Theorem succumbs to the dread of its own insanity, but somehow scores a victory for the tormented. It doesn’t try to prove or disprove anything––how could it?––but rather exposes with great confidence how life makes you mad and how mad you must be to question or even answer it all. ––Bill Arceneaux