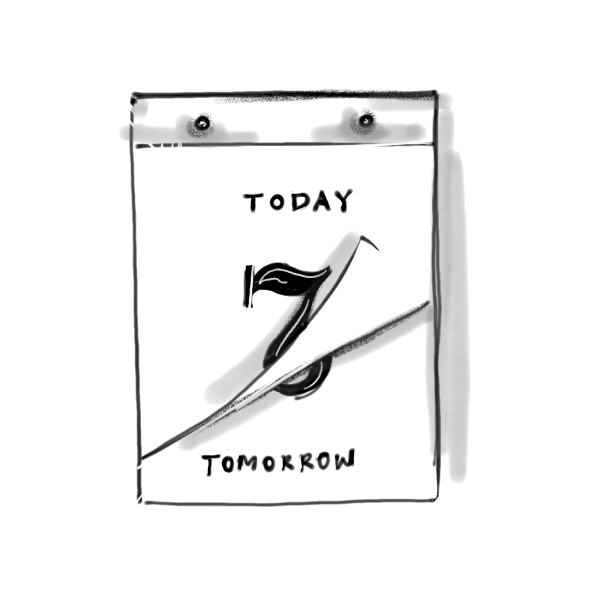 Ked Dixon is a social worker and family therapist. She was born in south Georgia, got to New Orleans as soon as she could, and has been here for 19 years. She and her five-year-old son Jack live in River Ridge with two older dogs, three rescued cats, three rats, a bearded dragon, a bird, and Ked’s partner, Alex. Jack’s dad lives in Texas.

These past few years have been rough. For those readers not familiar with my story, I got married, became pregnant, bought a house, had a baby named Jack, got divorced, and started dating a former partner—all in the span of about five years.

At the beginning of our divorce, Jack’s dad and I had a lot of difficulties because of differences in political views and his alcoholism. We fought so much that Jack and I were technically homeless while his dad refused to leave the house. There was no violence—just obstinacy and the reality of Louisiana law requiring that we be living separate and apart. These days Jack’s dad is practicing sobriety and we get along very well. We are both committed to making a happy childhood for Jack, and that means having as many loving, stable, and safe adults around as possible.

After getting vaccinated, Jack’s dad came to visit this August; and even though the visit was cut short by Hurricane Ida, everyone had a great time. We made plans for Jack to visit his dad in Texas over the Christmas holiday. Jack was excited. His dad was excited. But then a lot of quarantine restrictions were loosened. Jack’s social calendar began to fill up, and his dad’s work started to get busier.

Getting Back to Normal-ish

Despite some experimentation with dating straight cis dudes, it turns out I am still very, very queer. After Jack’s dad, I did not settle down with a person my parents like, and this has caused problems during holidays and visits. My partner Alex is a transgender man who is covered in tattoos and works retail. Neither of us can say no to a cute critter in need, so our house has an impressive variety of pets.

My mom isn’t appreciative of his gender, tattoos, job, or affinity for animals. She would have much preferred that I dated someone from work—preferably a cis male cardiologist with a cat allergy. My dad isn’t into the idea of me dating anyone. Ever. The idea of Alex stresses my parents out, but they live out of state and my brother is making a very respectable marriage. These things make my queer antics easier to gloss over or ignore.

In the midst of figuring out coparenting and getting my parents to accept the idea of my partner, COVID-19 appeared, and then came Ida. All the while, Jack has been growing up. He was two when I left his dad, and this fall he turned six. He has had four birthdays, lost seven teeth, had his first sleepover, made two best friends, questioned the veracity of the Elf on the Shelf, and started public school.

During quarantine, we had lots of quiet time at home for cozy crafts, occasional trips to the store, and creating epic yard dioramas for Mardi Gras and Halloween out of foam. Since kids Jack´s age have been able to get vaccinated, things got very busy, very quickly. We went from tentative, tiny outdoor events to maskless parties in packed indoor trampoline parks in just a matter of weeks. As relieving as it was to get back to the normal stressors of buying birthday presents for kids in Jack´s class, the sudden change has also been exhausting.

As someone who works in the field of mental health and deals primarily with children, I know how important it is for kids to be exposed to a wide variety of learning opportunities, and how equally important it is for them to have unstructured time for play with family and friends without screens.

After everything that has happened in my son’s life thus far, I am eager to prove to myself and everyone else that I am a good mom to Jack. Because of my temperament, I tend to think the best way for him to become a good person is through activities and socializing. He is six and has a good memory, and I am ready to start making some memories through action and educational opportunities! I want him to try organized sports and groups, visit local places, learn history and culture, read good books, know animal facts, and grow into a good person. For the most part, he is into any activity as long as it is engaging and relatively brief. So far he has tried scouts, baseball, basketball, and martial arts. He loves them all for weeks at a time and then moves on to the next interest.

If it were up to me, Jack would be triple booked from now until summer 2025. Fortunately for Jack, it’s not just up to me. Alex helps remind me to not overextend our days off, and he is mostly successful. Well, except for the one Sunday in October where we went to brunch, church, the phone store, and a pumpkin patch on the North Shore all in the same day. Jack fell asleep in the car on the way home. So did Alex.

My family lives out of town, so during school breaks, Jack gets a vacation from his regular social life to see his grandparents. Our first extended trip to his grandparents was our Ida evacuation. Jack stayed there so long during September that we enrolled him in a school in their hometown while I returned home to help Alex clean up storm debris, tend to the animals, and wait for Jefferson Parish schools to reopen.

Jack gets a good mix of unstructured and activity-based one-on-one time with his grandparents when he’s there. My dad enjoys playing basketball and watching college football and my mom is an edutainment cruise director who presents life lessons wrapped in crafts and trips to local museums.

If everything goes well, in 2022, my mom and I have big plans to drag Jack and my dad all over the country next spring and summer. We will visit my brother, his fiancée, and the Statue of Liberty in New York. We’ll go see Jack’s great uncle and the Smithsonian in DC, and eventually we will make it over to visit his dad in Texas. Alex will be home taking care of the rescue animals and enjoying the peace.

When I got married in 2014, a friend of mine was so surprised they said they felt like they had woken up in an alternate universe. After all that has happened personally and globally, I think they may have a point. This has all been unpredictable and absurd, but as Jack and I wave goodbye to Alex, and hit the road for our first voluntary road trip since 2019, I think the new normal may not be so bad.