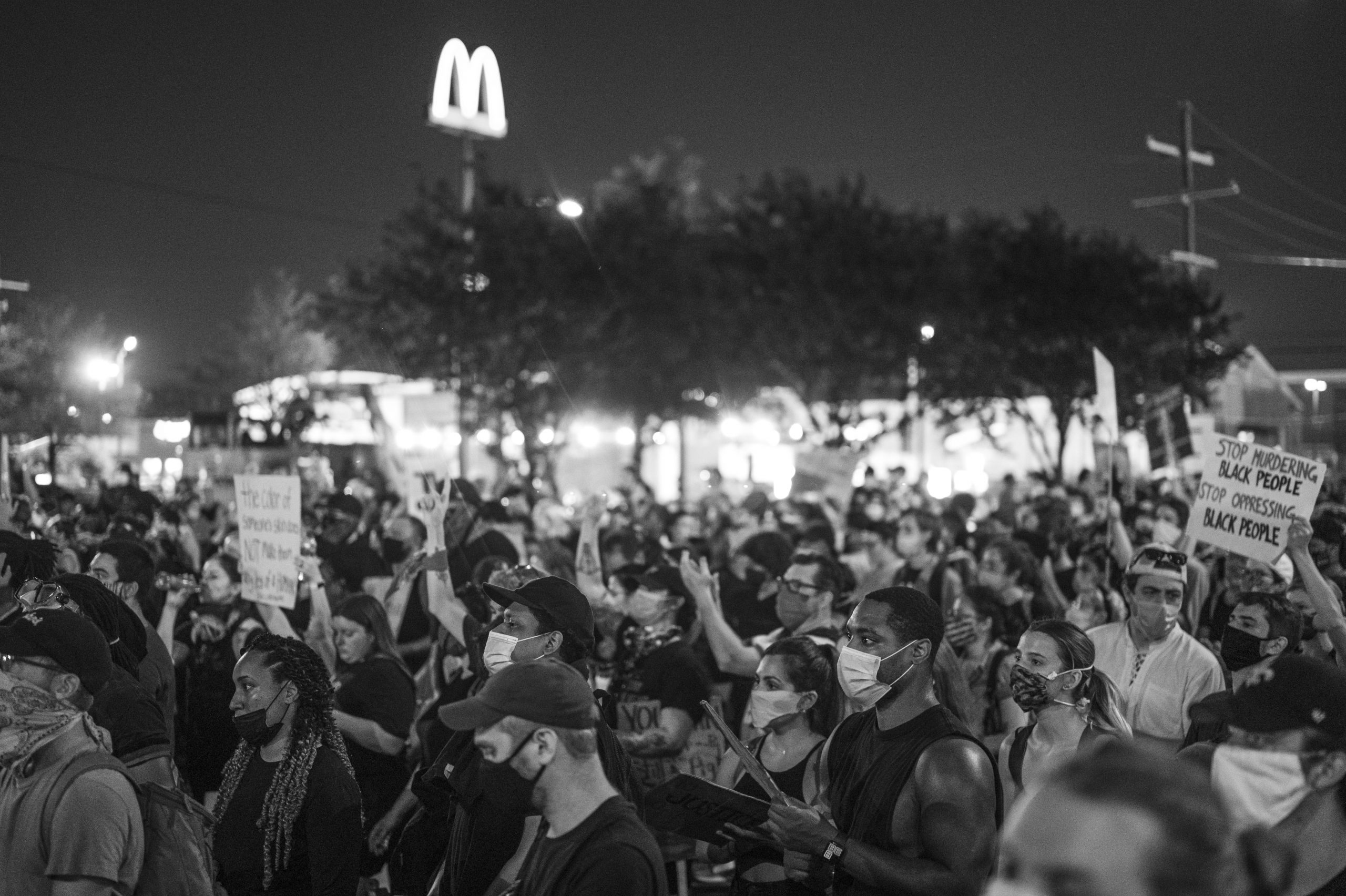 Our June issue hit the streets just as the uprising began in Minneapolis and spread across the country in reaction to the police murder of George Floyd, an unarmed Black man, a loving father who worked two jobs to support his family, and an early member of DJ Screw’s Screwed Up Click (going by Big Floyd). Due to the production schedule of a monthly publication, our June issue will sit on shelves and countertops for a month without directly addressing these events. However, it’s important to remember that the killings of George Floyd, Breonna Taylor (an EMT shot in her bed in Louisville, Kentucky), Tony McDade (a trans man in Tallahassee, Florida) and the many, many other people who have been murdered by police are not isolated incidents, but rather the result of a system that has been designed to take power and resources away from marginalized communities for centuries—and in many cases, exterminate them altogether.

So while our print issue doesn’t have coverage of these unfolding events, please keep them in mind while reading about prisoners in Texas denied dignity and protection from COVID-19 (via our Craw & Order column); viewing the photos of sanitation workers (a.k.a. hoppers) striking for fair wages and basic protections; reading the perspective of our OPP correspondent Leather; or reading our feature on Gloria “Mama Glo” Williams, a COVID-19 survivor who remains incarcerated by Louisiana’s predatory prison system—and whose pardon remains one signature short. We also have a feature on the looting of our extractive tourist industry by overwhelmingly white, wealthy elites who would rather build empty hotels than provide living wages, health care, and infrastructure for the thousands of workers who make their lifestyles and vast reservoir of wealth possible. Finally, our issue celebrates Black excellence with a beautiful retrospective on patriarch and iconoclast Ellis Marsalis Jr.

In the words of 19th century Irish-American organizer and International Workers of the World co-founder Mother Jones, we pray for the dead and fight like hell for the living. In the spirit of LGBTQ pride month—which began as a riot—we reflect on the words of Black trans elder Miss Major Griffin Gracy (who herself was at the Stonewall Inn in ‘69): “Give us our roses while we’re still here.” We draw strength from Black historian, author, and prison abolition activist Mariame Kaba, who says “Let this radicalize you rather than lead you to despair.”

Love and solidarity to all of those fighting against the U.S. police state and the systems keeping it entrenched. Black Lives Matter, forever and always. —ANTIGRAVITY Editorial Staff