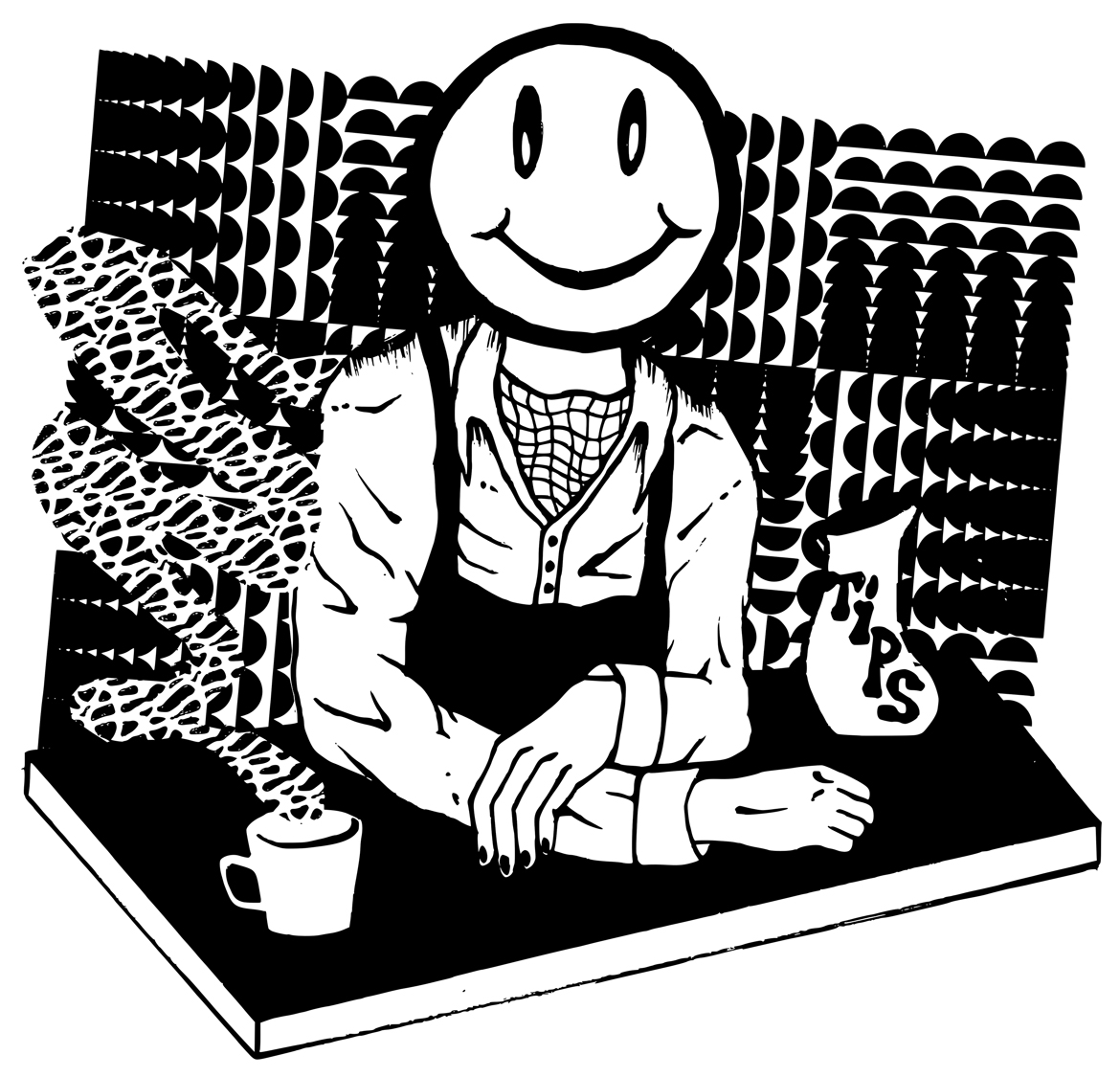 I’ve been getting coffee from the same barista for four months and they are really cute and we have great banter. In most circumstances, I would say that I have a crush on this person, but the problem is that I don’t know if they are a boy or a girl and it is really messing with my head. What is a good way to ask them their gender to see if I should ask them out?

This is a fairly layered situation, so I’m going to begin with the question that you didn’t ask: “Should I ask my barista on a date?” And the answer to this is “maybe.” On your end of things, how are you at receiving rejection? Are you able to hear “no” and then move on easily? Or are you going to stew in it a bit and take out your hurt feelings on the barista or their co-workers? For instance, if you always put a dollar and change in the tip jar after you ordered your afternoon double espresso, don’t start skimping on a tip after you are turned down for a date; this is an example of passive-aggressive punishment that affects the livelihood of the service workers. It may seem small, but it is an exercise of power in an inappropriate way.

From the other side of things, the barista may be fine with being asked out and responding with a clear yes or no, but they also might feel weird about being asked out, and change how they respond to you. The coffee shop is their place of work and they can’t just opt out of being there to avoid you. This means that depending on how they respond to your advances, you may need to alter your coffee routine in order to give them some space. Your caffeine needs do not supersede the barista’s sense of well-being and safety.

These examples of negative reactions may be on the extreme end of the spectrum, but worth considering when approaching a social request that may affect someone’s income. People working in the service industry engage with customers to pay their bills. Some folks are naturally outgoing and can flirt subconsciously with anyone, and some folks put on a flirty persona in order to get through their shift. Either way, their projections of friendliness are not necessarily an invitation to take the interaction into a more intimate environment. It might get a little awkward if you ask them out and they say no. And that’s OK. Just try to be respectful of them and follow their lead about how to proceed.

But back to your original question: You don’t even know if you want to ask them out because you aren’t sure of their gender.

To start with, it is never OK to ask someone, “What are you?” or “Are you a man or a woman?” At best it’s rude and at worst it can come off as a threat of violence. Just because someone is in a public space does not mean that they need to be available for questions about their personal appearance or identity. Your discomfort and/or curiosity about them does not override that person’s right to privacy and ability to go about the world doing what they need to do to live. Just let them pour your cold brew or ride their bike or buy their box of fried chicken in peace!

If you have an introduction to someone and are engaged in a conversation, it is appropriate to share your pronouns and ask them what theirs are early in the conversation. (They/them, she/her, he/him, ze/zir, for example.) This can give you helpful information about how to refer to this person, but it might not reveal their gender. For instance, a non-binary person may use the pronouns she/her. If you ask everyone you meet what their pronouns are, some people might look at you like you have a second head because they take their own gender for granted and expect that everyone sees their gender, and so why are you asking a dumb question? Some people might tell you different pronouns than they use with their close friends because they don’t want to out themselves as trans or non-binary and they don’t feel comfortable letting a new person know their gender identity (at least not until getting to know them better). This might be confusing to you, and that is OK. It is totally fine to not understand everything and everyone around you. In fact, it is pretty near impossible to do so! But the important thing is to not externalize your processing about gender with the barista who may have sparked this curiosity for you. Though there has been significant concept creep around the term “emotional labor”—revealing a serious need to describe a wide range of unnamed experiences—the strategic affect that hospitality workers and care workers assume in order to cope with customer interaction is, in fact, the origin of that term. Emotional labor is not their job; their job is to make coffee and take your money.

In terms of gender presentation, there is a really wide spectrum of how people present in the world. There are characteristics that we associate with femininity and masculinity, but many people exhibit a blend of these characteristics, regardless of what their gender is. For example, facial hair is most often categorized as a “masculine” characteristic, but facial hair is present on many genders of people. Instead of widely accepting facial hair as a gender neutral thing, we are socialized into believing that men should groom their facial hair and women should remove it. This is a social construct, not a biological fact.

This can be complicated by a work environment where people are expected to present themselves in a certain way, so the barista’s gender and aesthetic may be different when they are at work as opposed to when they are off the clock. Someone you might be reading as an androgynous woman might actually be a high-femme-boy who is dialing it back to fit a work dress code. I mention this because some folks with more complicated genders might not feel comfortable answering questions about their gender from a person they only interact with through their job, because it requires (1) a lot of explanation and that is work they are not being paid for, and (2) they don’t want to be outed at the place where their paycheck comes from.

I think that if you need for them to be a specific gender in order to ask them out, you should not ask them out. I say this because if you are hung up on their gender before you know them as a person outside of their work environment, chances are you need to do some personal work about understanding and accepting gender and gender fluidity; there is a high likelihood that you would use this person as a springboard for that education, and that is really not fair to them.

Instead, start with questioning why you are attracted to this barista. Take gender out of the equation and see if that illuminates something for you. Maybe your sexuality is more fluid than you’ve acknowledged in the past. Maybe you are using their unknown gender as an excuse for being attracted to a type of person you had not previously let yourself be attracted to (for whatever reason). And also, it is totally fine to experience attraction to someone outside of your normal type and not act on that attraction because it is too far outside what your life can accommodate. Being real about your personal limitation for inclusion in your personal life can hurt, but in the long run it is more kind than trying to get someone to fit inside your expectations and risk being resentful of them when they don’t change.

Regardless of how you decide to move forward in getting to know this barista better: be kind, don’t use your cell phone at the counter, and always tip generously and in cash.