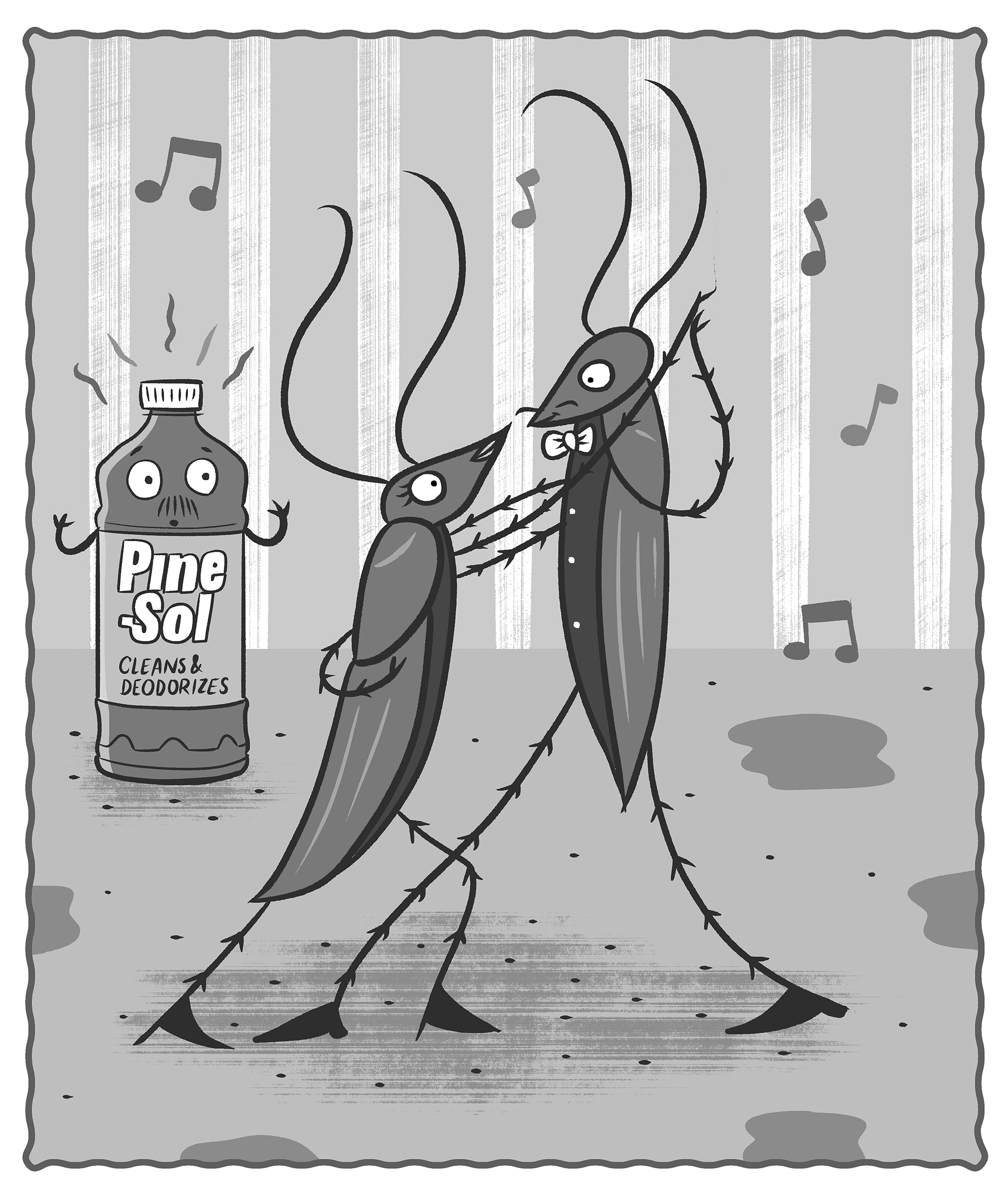 The first ever newspaper published in America was printed on September 25, 1690. Guess where you’re reading this column (shut up if you’re reading this online)? Jinx! Yay, journalism! And don’t forget, the first Monday of the month (September 5th) is, as of 1894, the federal holiday Labor Day. On Labor Day, we celebrate the contributions of laborers (holler at ya girl!) and labor organizations to the United States. Labor Day began, according to National Geographic and many other sources, as a conciliatory gesture by the U.S. government, under President Grover Cleveland, to labor unions, after these unions resorted to boycotts, strikes, and riots—specifically a protest that took place in the Midwest in 1894 led by the American Railway Union, in which the ARU refused to move Pullman railway cars from one train to another—to demand better conditions for workers. These actions put a wrench in productivity and commerce, so the government threw the laborers a teensy, marrowless bone. Yay capitalism, which we are in the end stages of; breathe in the greed while you can! Through my laboring as a cleaner, I have learned many tricks about cleaning up filth. Continue reading if you’d like to glean some of this knowledge.

I’ve heard that you can’t pour grease down the kitchen sink drain. Why not?

Oh man… what you’ve heard about pouring grease down the drain is correct. It’s a very bad thing to do. The consequences are great. I know, I know, it would be so quick and easy to discard the grease this way, but resist this juicy, delicious apple. I’m putting my arms in the air and crossing them at the wrist to form an “x,” to dissuade you from doing it. Why is it bad? Well, after all that hot oil cools in your pipes, it solidifies. As cold water runs over the oil, it hardens even more. Pretty soon, you have a dirty, aspic-y glob chilling in your pipes. Guess what happens then? Yep, you guessed it: clog-o-rama. And if you aren’t able to plunge that sucker out, you might have to call a plumber. That’s expensive. If you suspect that your clog is caused by congealed grease, there is a super secret (not really) way to flush the grease out of the pipes yourself. Mix a cup of dish soap (as always, I recommend my favorite oil-buster Dawn) with boiling water and pour this down the drain. The hot water will soften the grease blob, while the Dawn works on breaking it down. I actually just had this very issue, and I paid dearly for a dude to come out and flush my oily pipe in just this manner. So yeah, put that oil in a glass container, wrap it in newspaper, and place it in a garbage bag to dispose of it. You can also reuse the oil for future cooking: Strain it to remove the debris, and store it in a cool, dry place. Do you keep chickens or enjoy luring wild birds to your yard? Well, you can use your old grease to make suet blocks for their pecking pleasure (a caveat is to not use bacon grease drippings; most store-bought bacon has preservatives, and these are bad for birds). To make the suet, grab all your non-bacon, strained grease and combine it with chunky peanut butter. Stir this mixture together until it is smooth. Now add three cups of ground cornmeal and half a cup of flour. Mix all these ingredients together until you have a thick paste. Add the mixture to a mold of your choice and put it in the fridge to cool. Now plop the suet block into your bird feeder and watch the birds feast on your creation!

My dog pooped on the carpet. How do I get the dried poop off?

Ew, that’s a bummer. Sorry that you’re dealing with this smelly problem. First, you’ll need to scrape off the dried resi(doo) (hee hee). If I were you, I’d wear gloves. Poop has lots of bacteria in it, and you don’t want to get that on your hands. Next, grab a fork or an implement that has hard bristles and lightly rub the dried dookie-coated carpet fibers to loosen and separate the dingleberries. Now grab your vacuum cleaner and suck up the turd dust. Next, cover the spot with baking soda and let this sit for 10 minutes. After the 10 minutes are up, pour a little bit of vinegar over the baking soda, stand back, and watch the magical, bubbly chemical reaction. Let this cleaning volcano do its thing for about 10 minutes. Next, blot the area with a rag. Let this dry overnight. In the morning, vacuum up the dried baking soda-vinegar mixture. Now you’ll add some hydrogen peroxide to a spray bottle and lightly spray the area. The peroxide will help to lighten any browning that the poop might have left. Let the peroxide sit for a little while, and then lightly scrub the area. After this, let the area dry. This should do the trick.

Is it true that Pine-Sol attracts roaches?

I’ve heard this old wives tale twice recently, and it makes absolutely zero sense. Maybe the person who started this rumor had major beef with the Pine-Sol company and hoped to sully their reputation? Nevertheless, like other bugs, roaches aren’t fans of smelly chemicals, and Pine-Sol is a cleaning product FULL of, in my opinion, very obnoxious, piney smelling chemicals. So, au contraire mon frère, not only does Pine-Sol not attract roaches—it actually repels them. And not only does it repel them, but if you spray it directly onto creepy Blattodea, they will die. 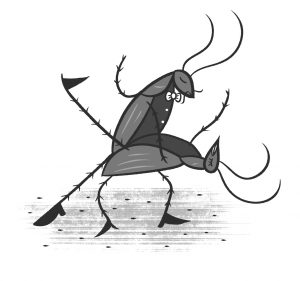