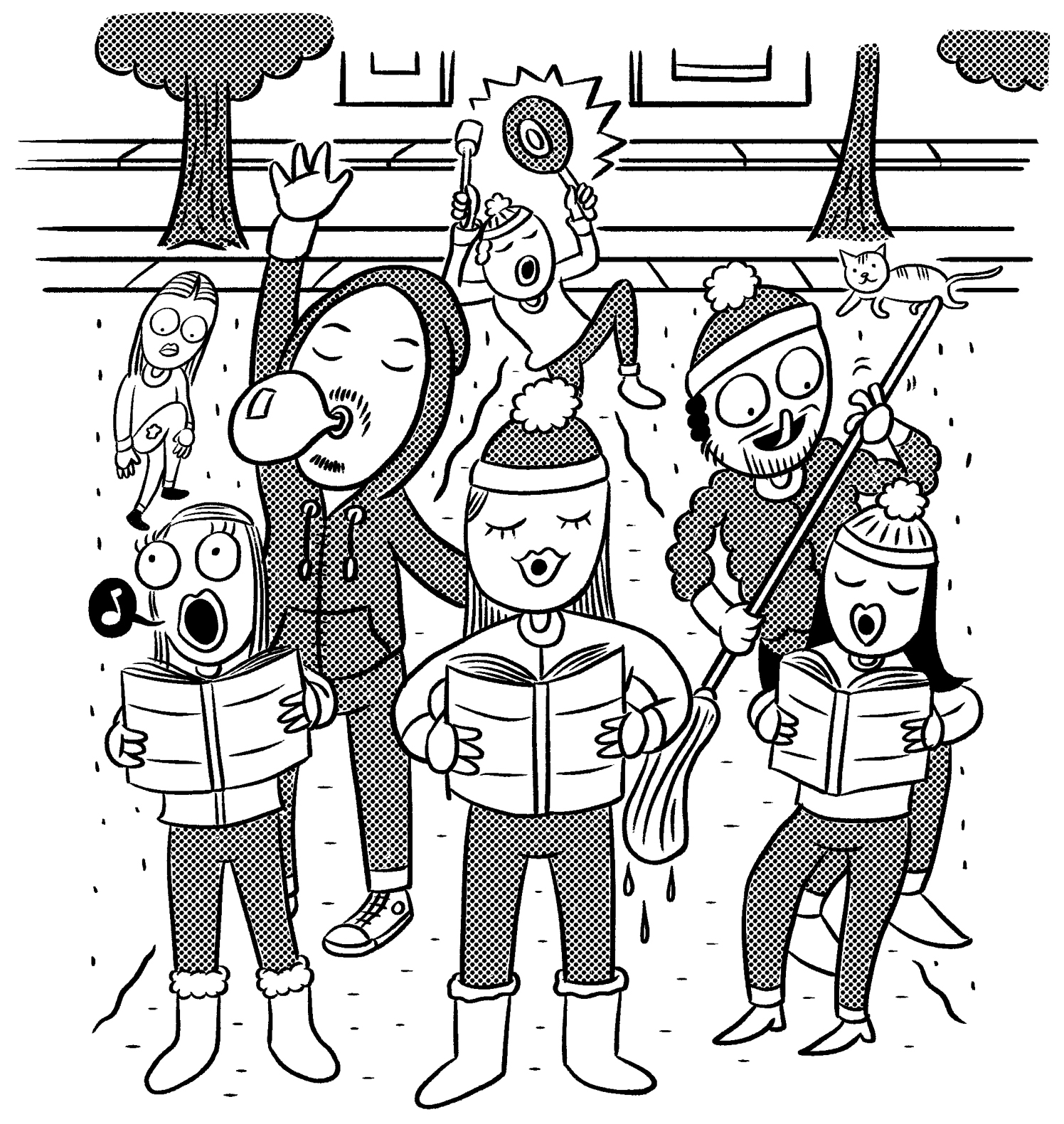 🎵I’m dreaming of a house cleaning, but I have nary a coin to spend / My pockets are empty, from buying gifts a plenty / I guess my house will be filthy until Spring / Oh nooooo! (Sung to the melody of “White Christmas”). As you’ve probably gleaned if you read this column regularly, I am a jackass. Anyway, before I share the dirt on cleaning, let’s talk a little about Christmas carols (or rather, how caroling was appropriated by Christians and then corporate America), shall we? According to The Atlantic, “Like so many early Christian rituals, singing carols was a holdover from the winter feast celebration of Saturnalia (the ancient Roman festival of Saturn in December), when people sang carols and danced in a ring.” Back in the olden days, pagans celebrated Saturnalia by getting shitfaced and slurring their way through carols for seven days. Later, Christians adopted caroling. They too got shitfaced, but added Christ to the carols and danced around nativity scenes instead. In the 17th century, Puritans decided that all of this drunken yowling for Christ had to stop, as it originated from pagans and because people (particularly lower class people, according to Puritans) were causing a ruckus. But, as often happens, these Puritan restrictions led people to rebel. Not unlike the Beastie Boys, they had to fight for their right to party (in the name of the Lord). In both the Old and New worlds, this party took the form of the Callithumpian parade, where poor people went to the houses of the rich, banged pots together, made fart noises, and sang carols with lyrics demanding money, food, and liquor (“We Wish You A Merry Christmas,” with demanding lyrics such as “Oh, bring us some figgy pudding” is one such song). In the 19th century, Catholics re-reinvented Christmas and caroling as an “Oh, Holy Night” of prayer and reverence. In the 20th century, Christmas carols were appropriated once more by advertising executives in order to target the general public (believers and non-believers alike) to purchase gifts and make out under mistletoe, amongst other things. So there you have it: where carols come from and why we sing them, in a nutshell. Now for the cleaning.

How do I clean my cast iron skillet?

I’ve learned how to do this by watching others, for I don’t cook. I’m too impatient. When I’m hungry, I want food in my mouth immediately. No time for heat. So anyway, washing a cast iron pan is pretty easy. First off, make sure to wash it immediately after using it, while it’s still warm. Don’t soak it, because this can cause the pan to rust. Avoid using soap: It will wash away all of that hard work you put into seasoning the pan. To remove any stuck-on food, use a plastic food scraper tool or spatula. Next, sprinkle a little kosher salt into your pan that’s filled with hot water and scrub it using a hard-bristled brush (no steel wool). After the scrub, dry the pan with a lint-free towel. Finally, drizzle a little vegetable oil into the pan and spread it around with a lint-free cloth, until all of the oil has been absorbed by the pan. Good luck!

What is your favorite brand of mop?

Oh, good question! For my money (I use this phrase literally, as I buy a lot of these mops), the Libman Wonder Mop is the way to go. I love them because the mop heads are detachable and washable, which makes them reusable and sustainable, which, in turn, makes them eco-friendly. It also makes them easy on the wallet. The Wonder Mop also has a built-in “power wringer” on the mop stick, making it easy to squeeze the excess water from the mop head without having to use your hands. I really love this feature, because who wants to get dirty mop water all over their hands? Not this eco-cleaner, ya filthy animal. Lastly, this mop is light. As a pro cleaner, eliminating the amount of weight I have to lug around is crucial. Gotta protect ya neck (and lower back).

Oops! At least you didn’t get it in your hair; that’s the worst. I was definitely missing a few substantial chunks of hair as a child due to chewing gum mishaps. Luckily, removing chewing gum from clothing is relatively easy. In my family, we usually used the old “freeze it and tweeze it” method (We didn’t really call it this, I just like rhyming things). I think the name of the method pretty much says it all, but let’s delve deeper. Place an ice cube or two (or an ice pack) on top of the gum and leave it there for about 20 minutes. Once the gum is frozen, it should be easy to grasp an edge of it with the tweezers and pull off. You can also use a credit card or butter knife to jimmy it off. Insert any of the aforementioned implements under an edge of the gum and slowly slide it underneath the entire surface area, levering until the gum pops off the fabric. In the same vein of the ice technique, canned air can be used as a freezing agent. Spray the gum glob with the canned air until it solidifies, and then use the tweezer, credit card, or butter knife to dislodge it. Another gum removal option is to transfer the gum to a piece of cardboard using an iron. Place your pants, gum-side-down, onto the cardboard. Press the hot iron firmly on top of the back of the gum-covered area of the fabric, being careful not to move the iron over the fabric, as that will smear the wad. As the iron heats the gum, it should move from your pants to the cardboard. Got rubbing alcohol and duct tape? Cool. These can also be used to unstick that gum. Apply the alcohol over the gum using a cotton ball. Let this sit for a minute or until the alcohol is dry. Place a piece of duct tape over the gum and pull it off. I hope one of these tips works for you! 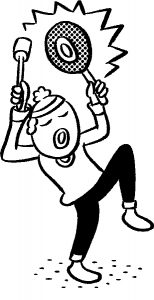