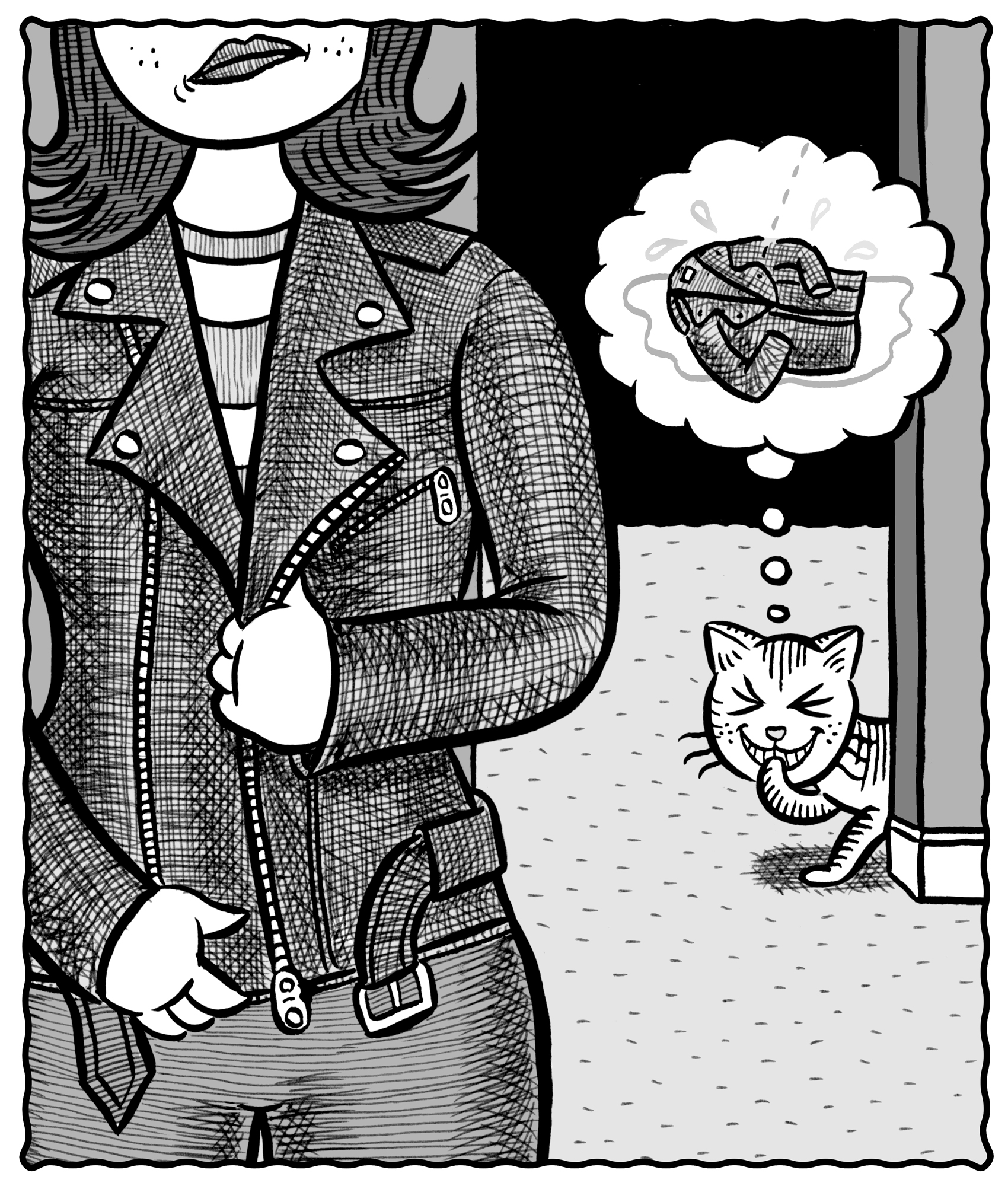 It’s November, the month during which we gobble, gobble, gobble up lots of food (and lots of lies about the “discovery” of America). Yay! We also celebrate being thankful in November. With that in mind, I’d like to thank you for taking time to read this silly, little column. OK—let’s do this, ya turkeys

I found a perfect-fitting leather jacket on the side of the road. Unfortunately, the jacket smells like cat pee. I REALLY want to get the cat-pee smell out of this most radical find. Help!

Wow! Lucky you. That’s like finding a four-leafed clover! A friend of mine believes that you are never supposed to buy a leather jacket. He believes that the leather jacket is supposed to find you. With that said, I think you should definitely try to remove the cat pee smell and rock this gift from the universe. BUT, banishing cat urine can be a challenge. The thing with cat pee (or pee in general) is that it’s made up of metabolic waste: a stinky brew of urea, creatine, and uric acid, amongst other things that bring the funk. Also, urine is a trickster. As bacteria in the pee decomposes the urea (barf), it begins to give off the oh-so-pleasant, nostril-burning smell of ammonia. Vinegar and baking soda will remove the smell for a while, but—annoyingly—this usually isn’t a permanent fix. (Full disclosure: I was unaware that vinegar and baking soda may not permanently remove cat pee smell when I was writing the fourth edition of Tips from Theriot. My sincere apologies.) You may think you’ve removed the cat pee smell, only to be surprised a few months later when it returns due to the continuing decomposition of urea. Oh, science. Because of this trickery, it’s best to use an enzymatic cleaner to permanently eradicate the smell by stopping this decomposition. You can buy an enzymatic cleaner such as Nature’s Miracle, but don’t you want the validation of making your own? Sure you do! Making enzymatic cleaner is quite a process, but it will make a good addition to your cleaning arsenal if you’re willing to invest the time. You’ll need the following ingredients: three weeks to a month of time, 2 cups of citrus fruit peels and scraps (pulp and excess fruity bits), 4 cups of cool distilled water, ½ cup brown sugar, 1 teaspoon of yeast, a 2 liter bottle, a funnel, a permanent marker, and a strainer. First, you’ll need to chop up the fresh fruit scraps and put them into the 2 liter bottle. Next, you’ll use your trusty funnel to add the water, brown sugar, and yeast to the bottle. Now screw on the top and shake vigorously for one to two minutes. Pick up that marker and slap the date on the bottle. At least twice a day, you’ll open the top of the bottle and shake slowly, in order to allow carbon dioxide to get into the mix and agitate it. After three weeks to a month, you’ll strain the fruit peels and scraps out of the mixture with the strainer. Add this mixture to a clean spray bottle, and it’s ready to work its magic! Spray the leather jacket all over with your enzymatic cleaner and let it sit for about two hours. If you want to be extra thorough, you can remove the lining of the jacket, soak it in this mixture, and sew it back in after. Now wipe the jacket with a cold, wet rag. To give it that leather jacket luster, pour a few drops of olive oil on a rag and wipe it down after you’ve cleaned it.

I just bought some sweet, white canvas Keds. How can I keep them looking bright?

Ah, Keds—a truly original shoe. Seriously, Keds was one of the first tennis shoe companies—started in 1916, bro. In fact, the term “sneakers” was coined because the rubber soles used on Keds were said to be so soft that you could “sneak” around silently in them. So you’ll definitely want to keep these classics in tip-top shape, which—it turns out—is really easy. You could run them through a cold water, delicate cycle in the washing machine, but this will eventually cause the glue that keeps the sole in place to degrade. Instead, grab a bucket and fill it with one gallon of water and one cup of baking soda. If the Keds are particularly dirty, add a drop of laundry detergent to the bucket. Before placing the shoes into the water to soak, remove the laces. Now toss the shoes and laces into the bucket for about an hour. Finally, use a white-vinegar-and-water-soaked toothbrush to scrub off any stubborn stains. Then keep on sneakin’ on!

What is the best way to clean ceiling fans?

Oh! I love this question. You can’t imagine the level of dust that I’ve seen on ceiling fans since I’ve been cleaning houses. Seriously, it’s mind-blowing. I’ve seen what looks like fan blades made of dust on top of the actual fan blades. And seriously, it’s a good idea to get this dust off of the fan, as these particles are blowing into your facial orifices every time it’s on. When cleaning a room, always dust the ceiling fan first. To get the first layer of dust off, I use an eco-friendly duster head and a Swiffer wand (you can find different kinds on Etsy), or you can use a dry rag. Dust the fan motor area first, then the top of the fan blades, then the sides of the blades, and finally underneath. FYI: A good way to keep the mountains of blade dust from falling all over your room is to hold a pillow case under each blade and catch the dust in the case as you clean. Yeah, I know, it’s a neat idea. Now you’ll dust the light fixtures on the fan (if there are any). I dust the outside of the shade, the inside, and the bulb. Also, dust the pull strings of the fan (everyone seems to forget the pull strings!). Follow all of this by wiping the fan with a mix of white vinegar and water to remove any stains and to give it a shine boost! 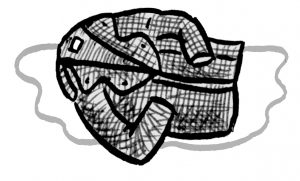